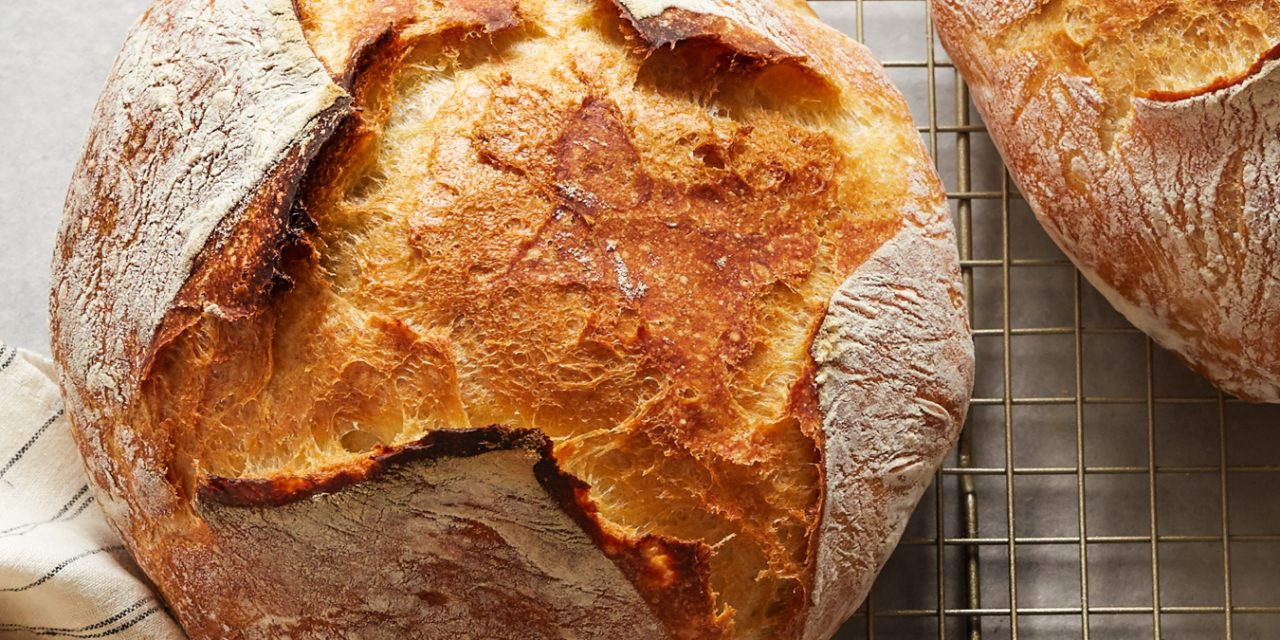 Is this no-knead bread Paleo? Nope.

Is it Whole30? Not even close!

Gluten-Free? I’m afraid not (but I am working on a no-knead bread that doesn’t taste like sheet metal).

So why on earth am I publishing a recipe for a gluten-rich, carb-loaded, grain-based, no-knead bread on a blog that caters exclusively to the development and sharing of Paleo, Whole30 and gluten-free recipes? Great question! Let me explain… 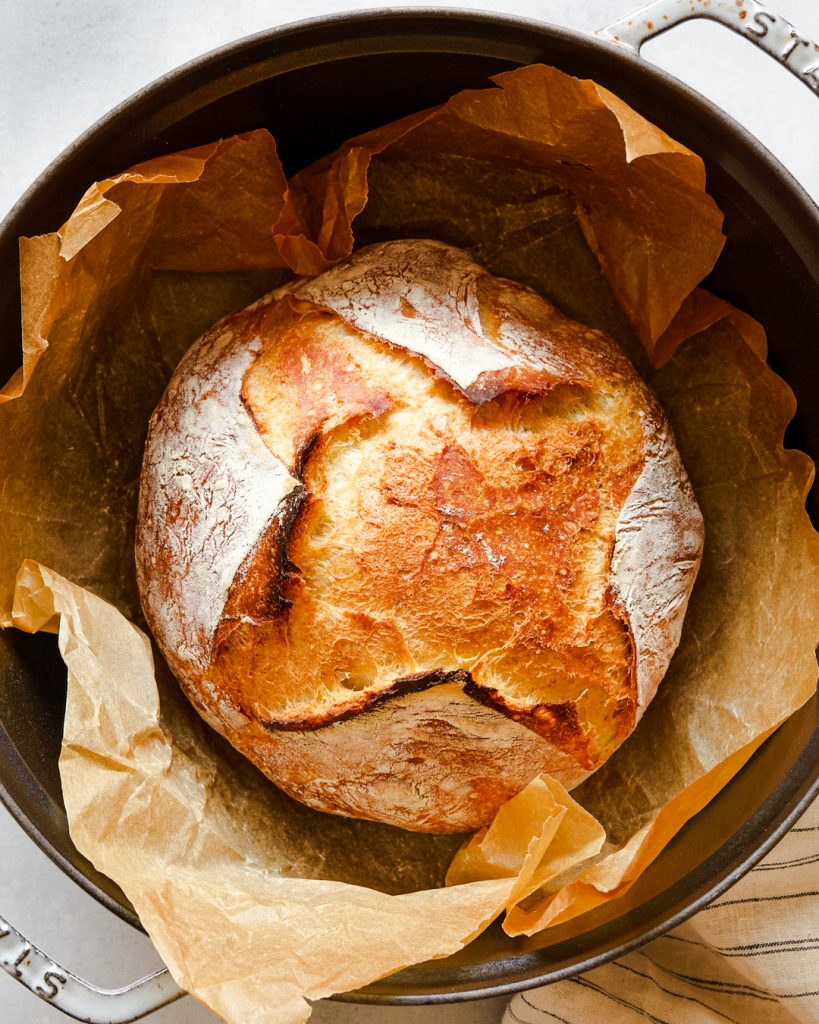 When I started this blog back in 2015, I made it my life’s mission to ONLY share Paleo and Whole30 recipes that were, therefore, by default, free of gluten, grains, refined sugars, dairy, and alcohol. The reason was two-fold.

First and foremost, these types of recipes were the ones I cooked and ate most often. In fact, they still are. Out of about 21 meals in a week, I would say that 17 of them are either Paleo or Whole30. Some of them are even Keto. The other 4 are some type of indulgence or treat. Sometimes it’s a cheeseburger, pizza, Thai food, sushi, piece of pie, or slices of homemade bread schmeared with butter.

For those who haven’t read my Paleo story, I’ll quickly summarize by saying that back in 2013, I began a health journey that helped me lose over 40 pounds and rehabilitate my relationship with food. It was my personal experience and physical transformation that ultimately led me to start my blog and share recipes that were easy and healthy, but never sacrificed flavour. I wanted other people to know that there was an entire world of possibilities when it came to eating delicious foods without feelings of guilt, bloating, lethargy, and inflammation. If I could reach just one person that was struggling the way I used to, I would consider all of the work and effort a success. 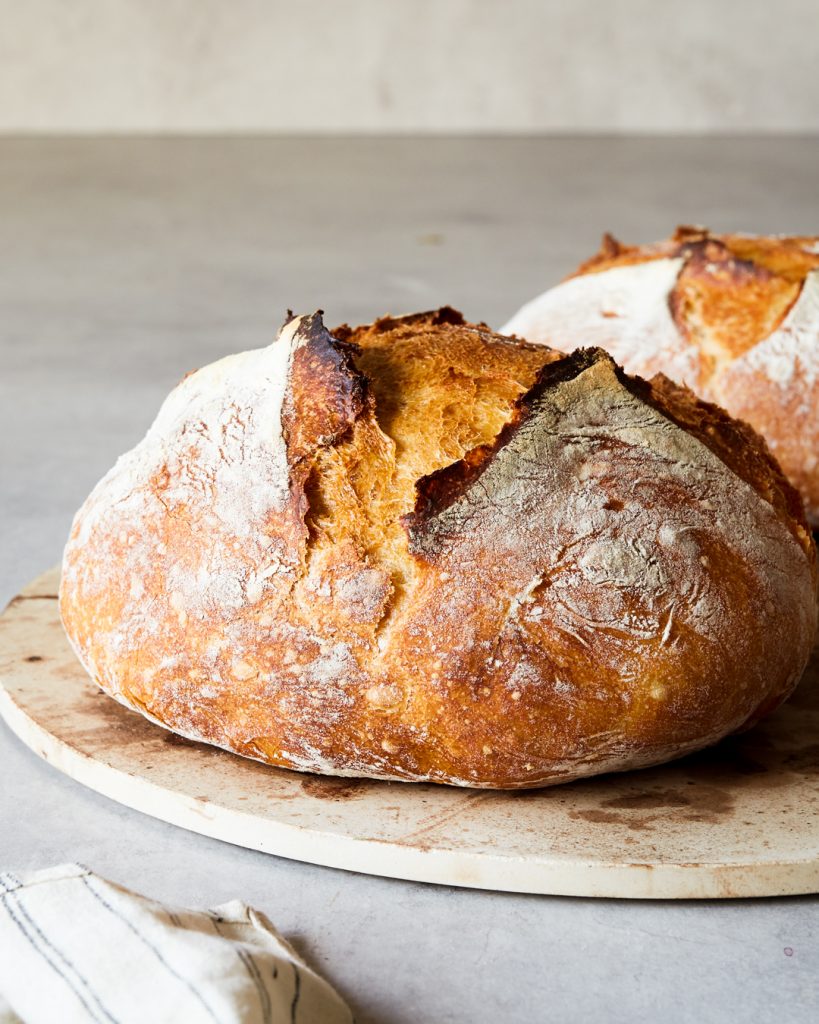 The second reason I wanted to keep this blog exclusively Paleo and Whole30 was because of impact. This is something I’ve taken very seriously from day one. I wanted my presence in the food space to be a positive one and for a long time I struggled with finding a balanced way of sharing more of my Food Freedom in my social media and blog, even though it plays an important role in my ability to sustain a healthy life. Keep in mind, I started my blog and social media channels at a time when those pictures of towering pastas, cheese-pulls and giant pizza slices were just starting to go viral.

I definitely didn’t want to contribute to that type of content and thought that if I shared indulgent and unhealthy recipes (even though I occasionally eat them myself), that others would follow suit. Perhaps even worse, people might get the misguided impression that it would be OK for them to eat this way because Ronny ate this way. After all, if Ronny is eating it and Ronny was able to lose all this weight, then I can do it too!

The only reason I even have this strange, ego-centric thought is because it’s one of the ways I used to justify eating junk food myself. If I’m being honest, there’s a part of me that still tries to do this. I would often see some ripped guy in a restaurant chowing down on a juicy cheeseburger, muscles and veins bulging out of his neck. And there I was, overweight, depressed, staring down at a salad with no dressing, thinking to myself, If that guy’s eating a burger then it must be OK for me to eat one too! Of course, I had no idea who this person was or what their life was like. I was just looking for any excuse and justification to order a burger.

The only problem is that at that time (we’re talking every day from c.1995 to 2013), I had a really messed up relationship with food and zero self-control. So, I would call the server over, get myself a burger, side of fries, large coke, and some ranch dressing for my salad, because there’s no way I’m throwing out food. Feeling instantly good about my decision, I’d devour my meal and convince myself that I would hit the gym that evening to burn things off. Of course, I’d just end up going home, turning on a movie and crashing on the couch before the sun set. Only to wake up from a carb-induced nap and be so damn hungry but tired that I would order a large pizza because the last thing I wanted to do was cook or eat healthy. Oh yeah, I would also need to subdue any feelings of guilt I had for not having gone to the gym like I wanted. Naturally, I would wash the pizza down with a six-pack of beer or bottle of wine. 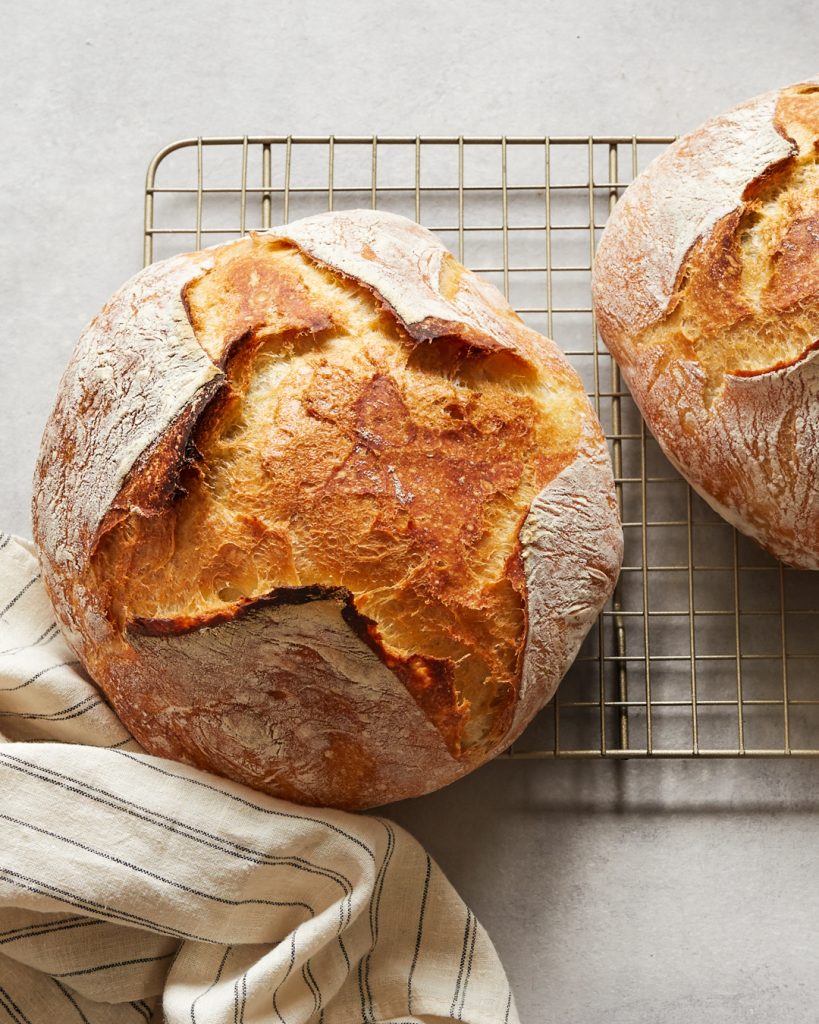 Believe me, the above pattern is not a healthy way to live. But neither is completely abstaining from foods that bring joy and comfort (like no-knead bread). I’ve been down that road too. All it did was bring me back full circle. There is a happy medium, though. I assure you. But the medium is entirely dependent on the person (you) and no one can figure it out for you. People can offer suggestions, advice, recipes, meal plans, and workout routines. They can try to sell you magic pills, potions and lotions that promise pounds lost by days passed and a lifetime of easy health thereafter. The truth is, none of that sh*t works if you don’t put in the work. Sometimes that work is in the gym. Sometimes it’s in your head. Sometimes it’s in the kitchen. But it’s work all the same.

I see things differently now. I think it’s just as detrimental for people to believe that I (or anyone else for that matter) exclusively eat Paleo and Whole30. Sustaining a 100% paleo diet is, in my experience, not an easy thing to do. It’s possible, and I can manage to do it for months at a time, but it’s difficult nonetheless.

So, in an effort to be a bit more transparent and helpful, I may start to share recipes that fall outside the lines of Paleo and Whole30. They would still be healthier than anything that comes in a package and most things you could buy in a store. But, as in my real life, it would only be occasionally, and hopefully without such a long and drawn out caveat!

In the grand scheme of things, my hope is that at the very least people are making the foods themselves, thereby having more control over ingredients and what goes in their body.

Whoa! OK! Things really took a turn for the serious there! I mean, geez, it’s just a loaf of bread, Ronny! haha 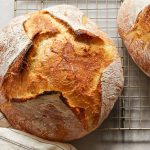 This no-knead bread is easy. So easy that you could make it with your eyes
closed. Sure, you'd make a mess, but it CAN be done!

Original recipe via JennyCanCook. Adapted here to use 375 grams flour, rather than 3 cups originally called for. I noticed that 3 cups was too inconsistent of a measure for me. 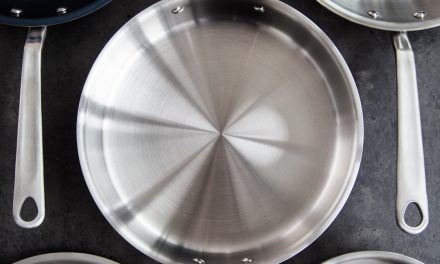 Made In: Stainless-Steel Cookware You Need to Know About 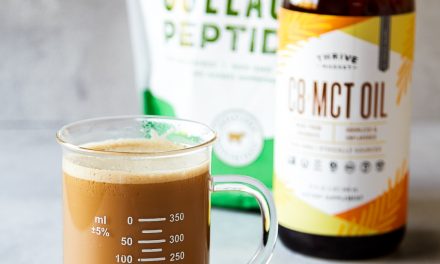 Bulletproof Coffee: What is It and Should You Drink It? 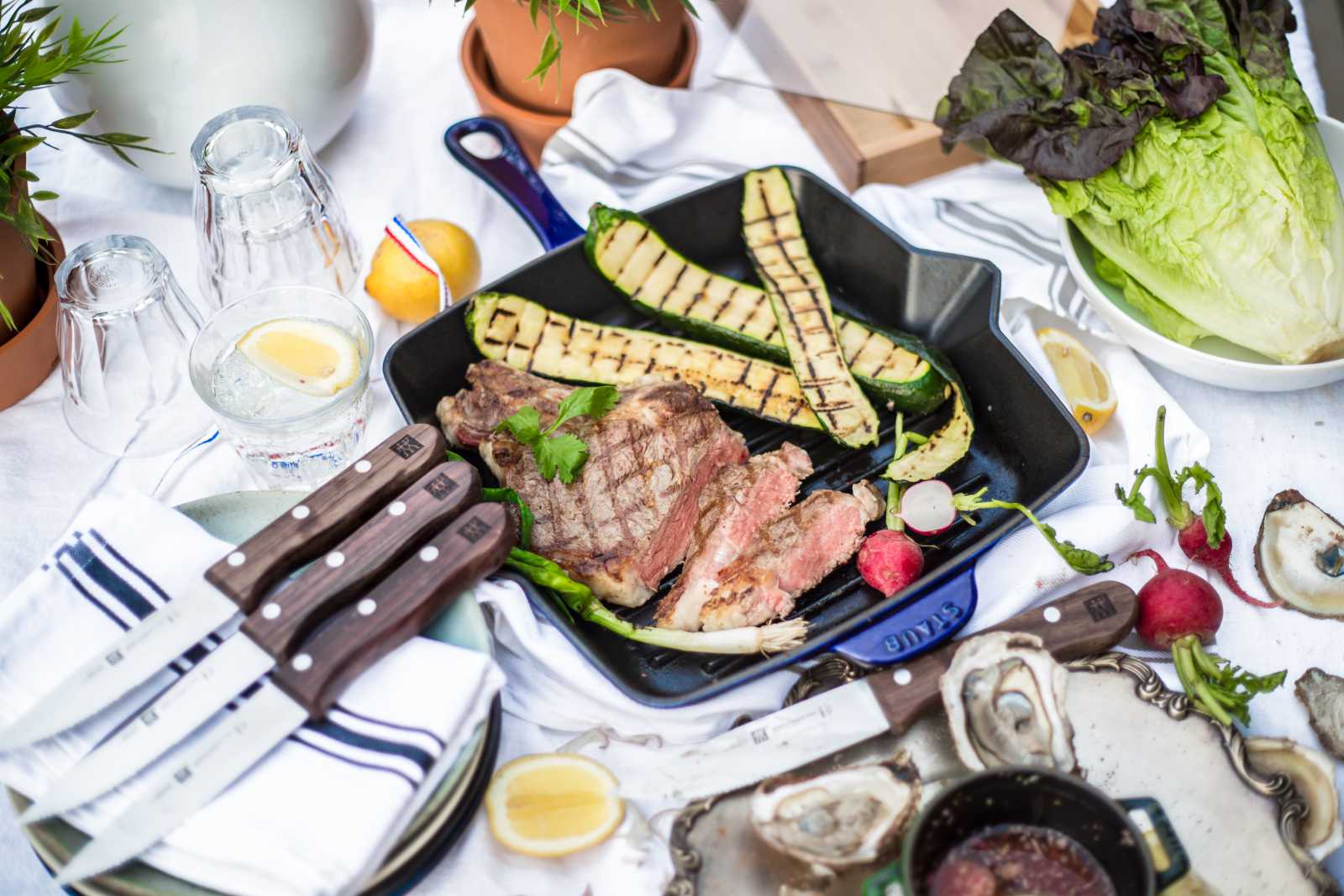