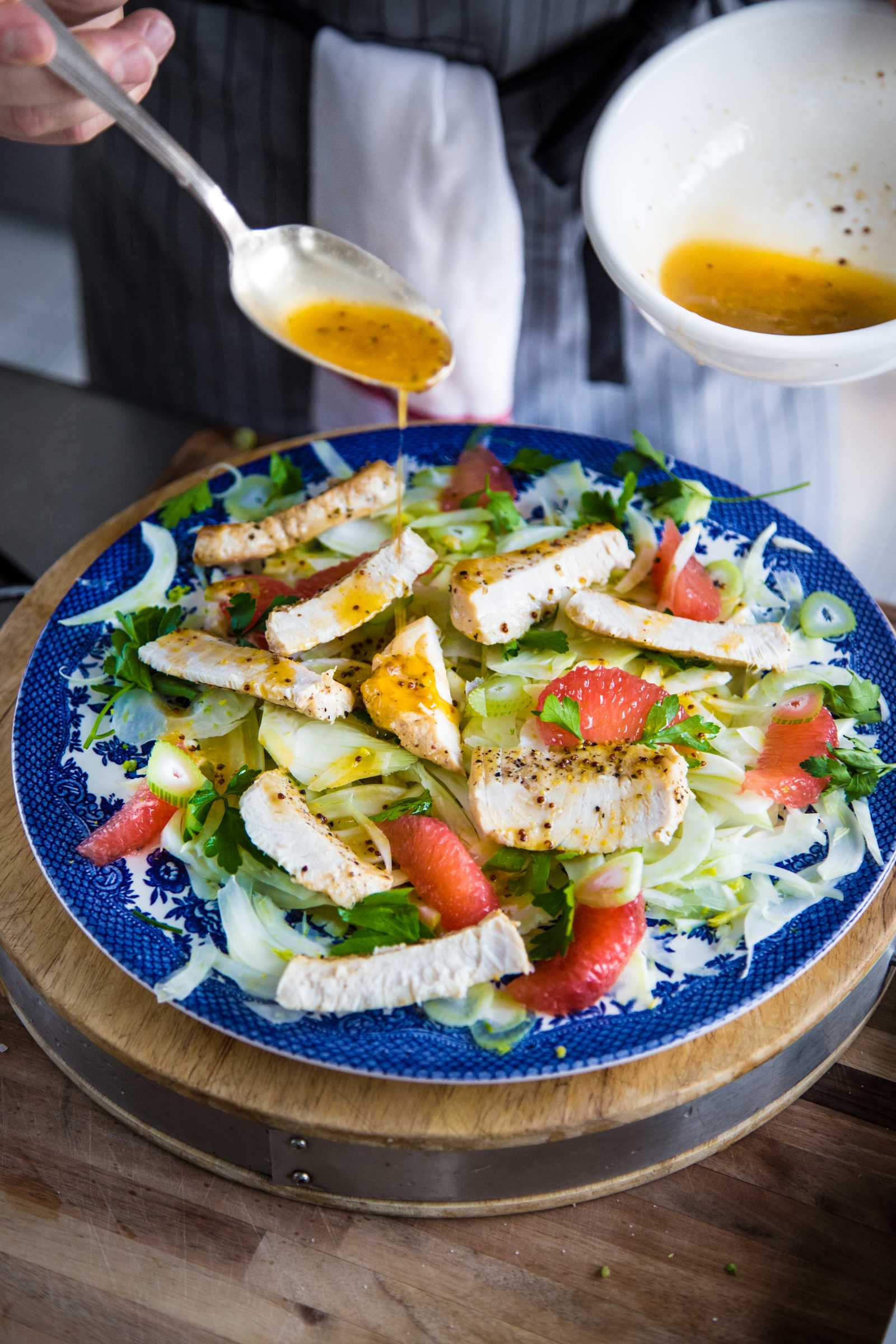 This recipe for Fennel and Grapefruit Salad with Marlin Steak has been sitting in my computer for some time now. I’d like to say that it was all part of a master plan but the truth is that my blog was all wonky and wouldn’t let me upload images so I’ve had to postpone until I could figure out the issue. Now, I know what you’re thinking; salad is not your first choice for a winter meal. Well, it’s definitely not mine either. Personally, I crave warm, hearty bowls of something braised and stew-y. Preferably made with heaps of tender, fall-off-the-bone meat and mountains of softened root vegetables in a thick, rich and flavourful sauce. However, there is something to be said for wintery salads like this Fennel and Grapefruit Salad with Marlin Steak. 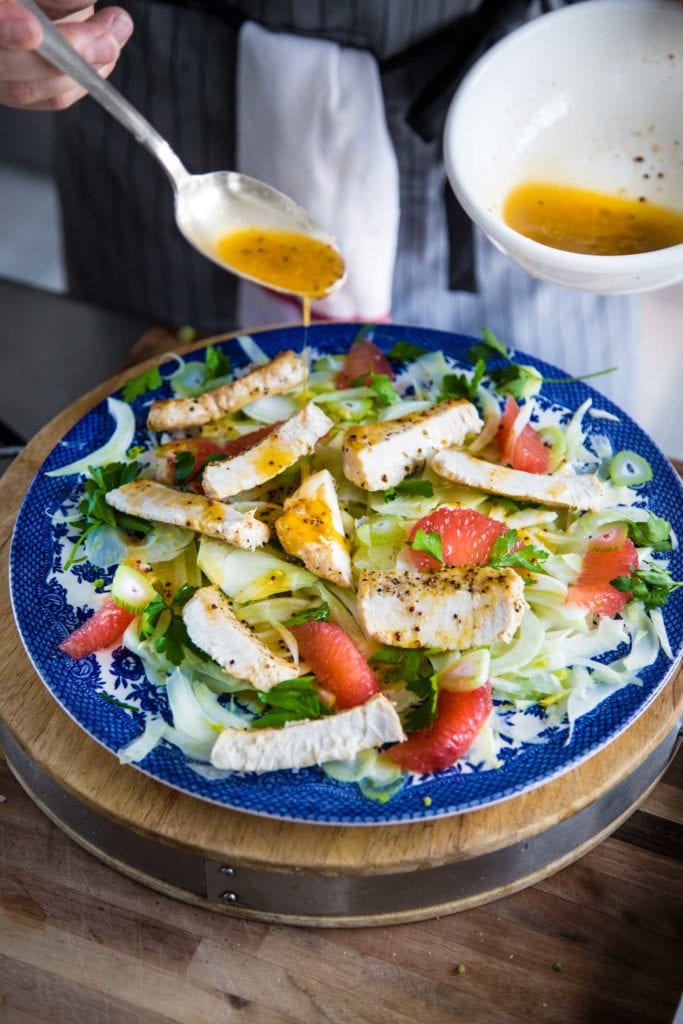 Especially true when considering the inflated cost of lettuce varieties during the winter months in Toronto. I was at the grocery store in hopes of gathering veggies for a quick and easy salad that I could throw together for a last-minute, weekday dinner. When I got to the produce section my jaw nearly dropped. Sitting on the shelf was a small, pale, bruised and utterly sad-looking head of iceberg lettuce being sold for a whopping $4.50!!! What? Madness! Three or four paces over, some beautiful, bright, crisp fennel was calling my name for a mere $1.50 each. Not bad at all considering how dense and hearty a bulb of fennel is and the fact that it has far more uses than a head of lettuce. Fennel is great roasted, braised, grilled and even raw. I often serve fennel as crudités when people come over. Most people are unfamiliar with it so it’s nice to see their surprise when they take their first bite and ponder what they just put into their mouths. When raw, it has a pleasant, mild, sweet, anise flavor (like a subdued liquorice, for the uninitiated). Shave it finely with a Japanese Mandoline or a very sharp knife and you have a great replacement for lettuce in the winter. Fennel, unlike lettuce, is in peak season between fall and early spring. So feel free to get in while the getting’s good. Which is exactly what I did here before heading home. But not before gathering a bit of fresh citrus.

As much as I would like to take full credit for the amazing pairing of fennel and citrus, I must admit that the recipe you see before you is an adaptation. Fennel and Orange salad is a classic dish that has been made in any number of variations. However, my spin on the dish replaces oranges with grapefruit, which plays nicely with the sweetness of the maple syrup in the vinaigrette (not a huge fan of sweet salads – which is what you end up with when using orange and maple syrup together). I also like to add a lean protein and since I’m not a fan of chicken breast, I decided to go with a wild, deep-sea fish – in this case marlin. If you can’t get your hands on marlin, you can substitute mahi-mahi or swordfish. Fresh-water white fish like pickerel or halibut would also work nicely here. The end result is an excellent lunch or dinner that you can throw together in under 15 minutes.

Salt and pepper – to taste 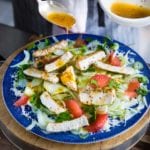 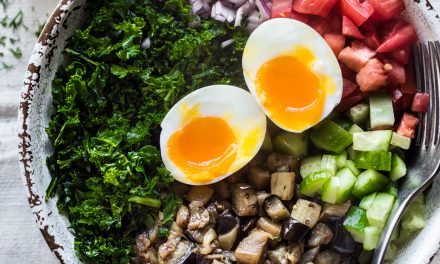 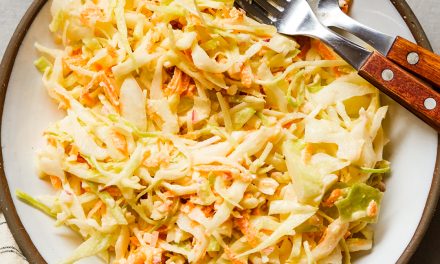 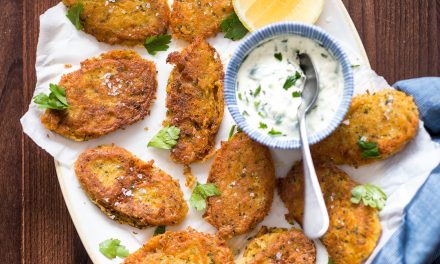 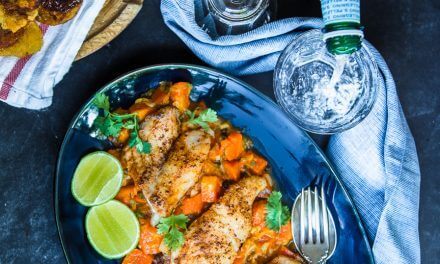