Grilled meats are a staple for my family and I during in the summer months. Don’t get me wrong, I grill year-round. Rain, sleet or snow (all of which are regular occurrences in Toronto). I just do it more often in the summer. My wife doesn’t complain because it means less clean-up for her! I love it because I get to be outside, which also benefits my dogs Charlie and Nicky who always want to dig around the yard! Everyone’s a winner! 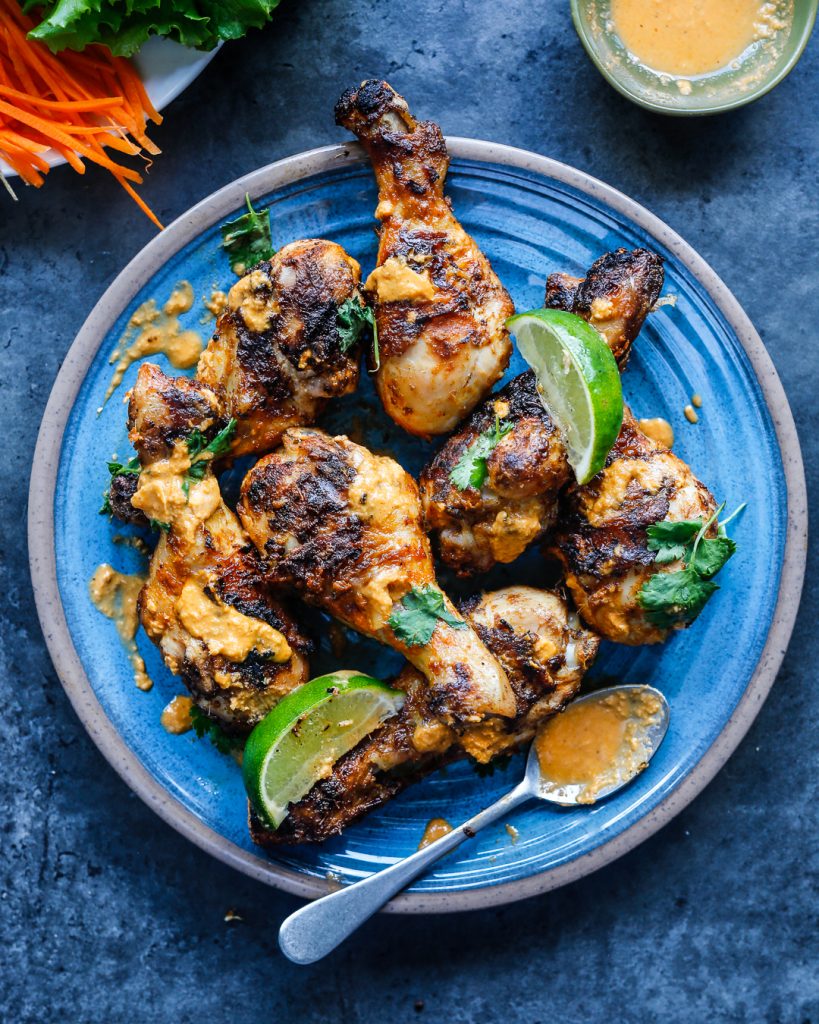 This recipe for Grilled Thai Chicken Drumsticks wasn’t planned. It just sort of happened. Last night I cleaned out the fridge and did my best to organize it. It’s amazing what you’ll find in the deep recesses of the ol’ ice box! Aside from dangerously old jars of mustard and horseradish, I found some Thai curry paste. My first thought was to make Basil’s Thai Coconut Curry. That idea didn’t last very long because even though I always have coconut milk in the pantry, I didn’t have any boneless chicken – breast or otherwise. I did have some drumsticks in the freezer! I really didn’t want to debone a package of chicken legs though. What if I were to use the curry paste and coconut milk to marinate the chicken? Hey, there’s a thought! And voilà, a recipe was born! In case you’re wondering, this is how most of my meals come to fruition – out of a mixture of necessity and sheer laziness.

In all fairness, it’s not my first time marinating chicken in coconut milk. I did it with this Lemongrass Chicken and loved it. But for some reason unbeknown to me I never thought to use the curry paste as a marinade. It really is a beautiful thing. The paste is spicy, salty, briney and packed with umami. I assure you this won’t be a one-time affair. I plan on having multiple encounters with this curry paste and rubbing it over everything. There may or may not be chicken involved. Can you tell this is me trying to be scandalous? I know, not my best work! 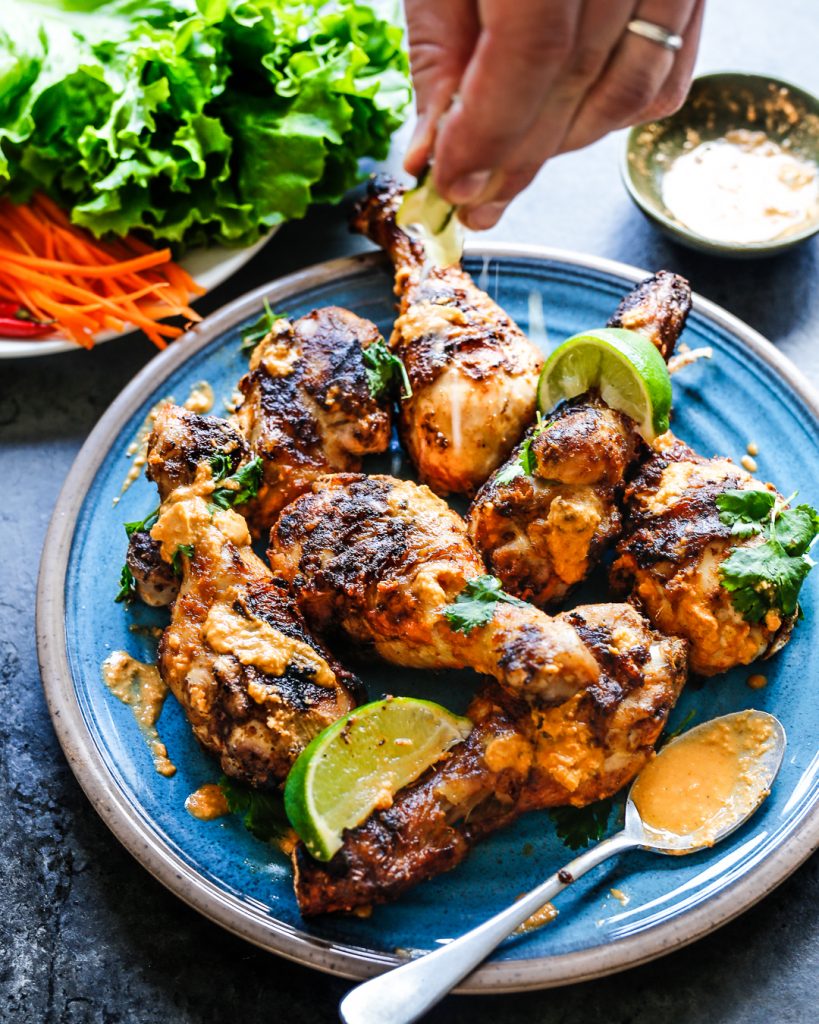 This recipe, on the other hand, is right up there with my other top hits. What those are, I’m not quite sure. I’m biased and love everything I make. OK, maybe not everything. I once tried adding sea vegetable powder to a salad dressing and ended up tossing a 1/4 cup of expensive AF olive oil.

There are a few things I should mention with this recipe. 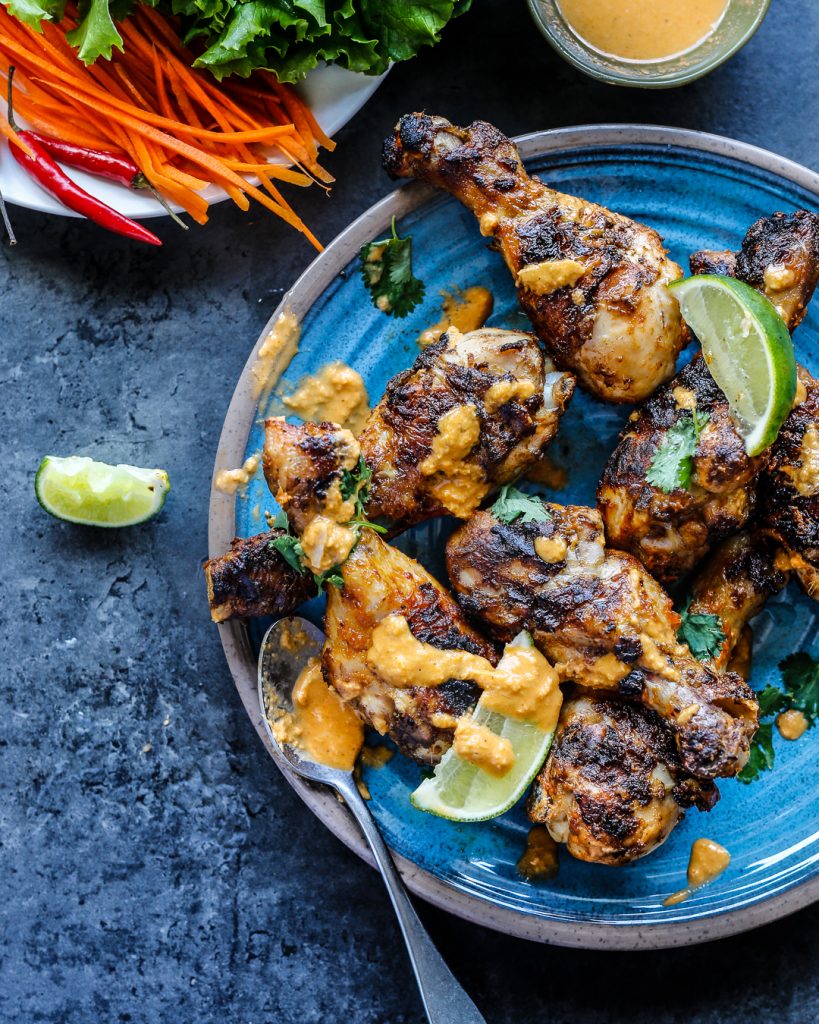 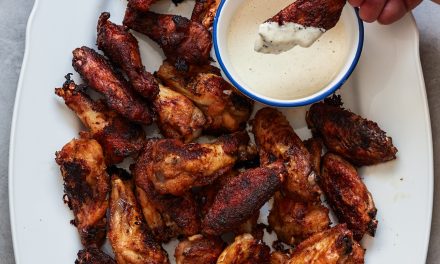 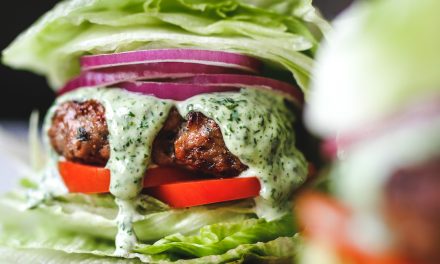 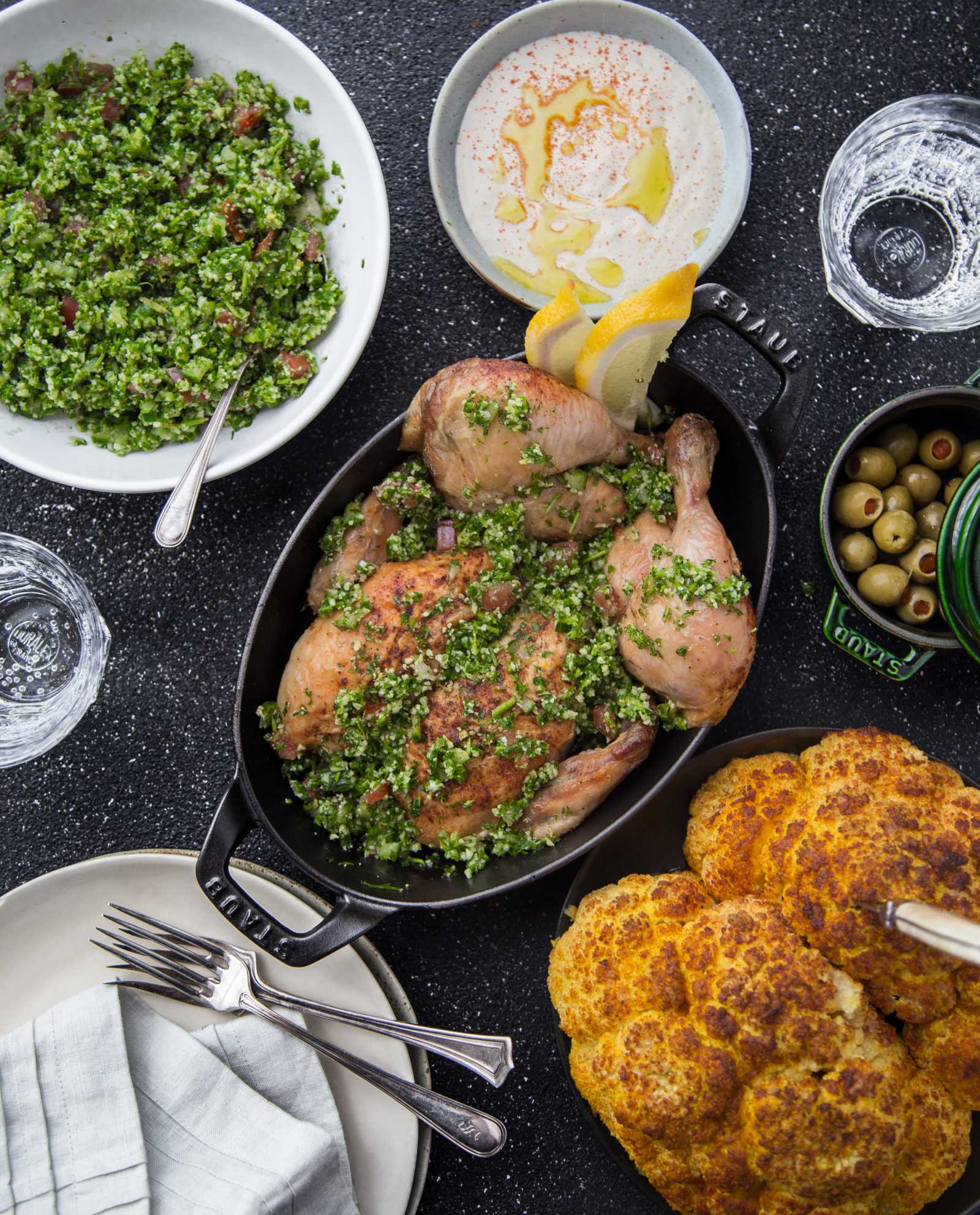 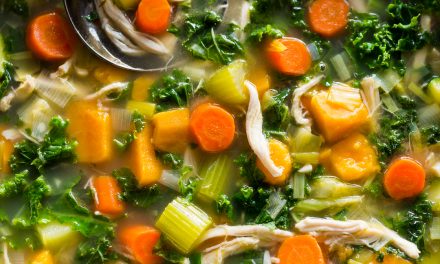