If you loved my Popcorn Chicken, you’re going to flip for this Popcorn Shrimp!

Crispy, golden-brown, delicious shrimp get coated in arrowroot starch, dipped in an egg wash and dredged in cassava flour before being shallow fried to perfection in some coconut oil. I pair the shrimp with a super easy yet incredibly delicious Whole30 compliant cocktail sauce. The combination is a match made in heaven! 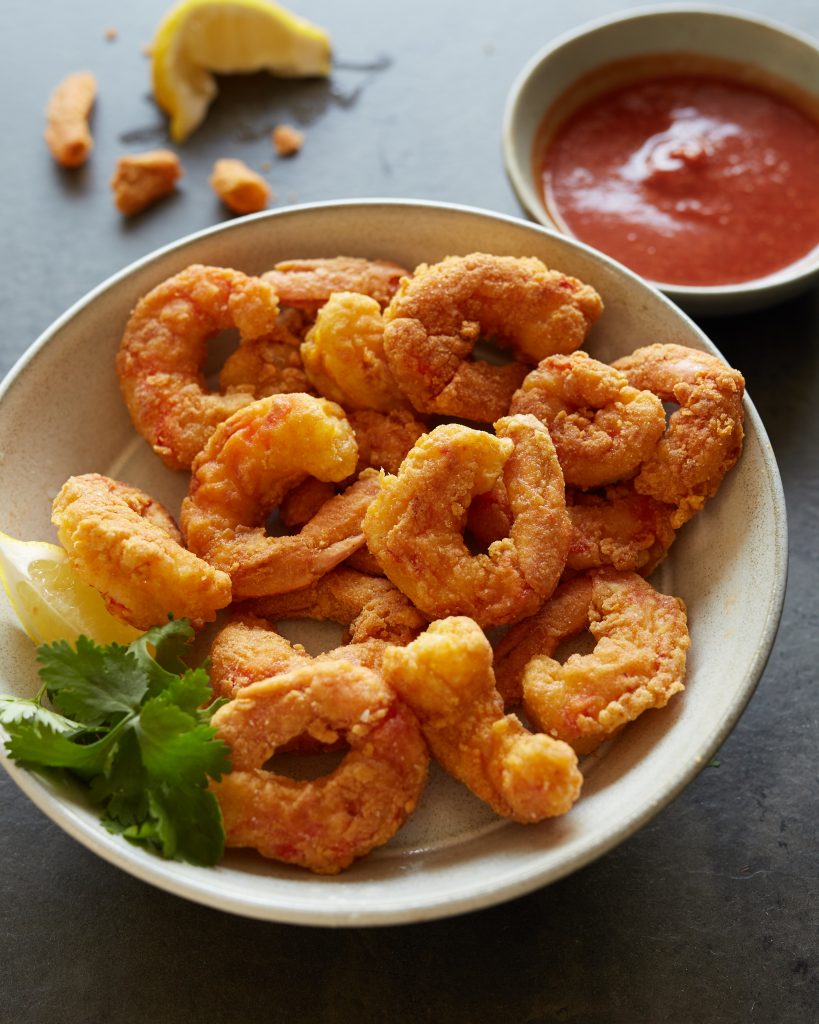 Though the popcorn shrimp are grain-free, gluten-free, Paleo and technically made with Whole30 compliant ingredients, I would file this one under SWYPO, making it off limits during your round. SWYPO (sex with your pants on) refers to paleofied junk foods. It’s good, but not as good as the real thing. These fried shrimp kind of fall under that category, except I actually think they taste better this way! So, it might be best to leave these popcorn shrimp to life after Whole30 (or before!).

The cocktail sauce, however, is Paleo and Whole30 compliant and an amazing dipping sauce for the popcorn shrimp. It’s as simple as stirring together some sugar-free, compliant ketchup, prepared horseradish, lemon juice and coconut aminos. The sauce is tangy, rich, and super tasty! Try using it for other shrimp dishes during your round of Whole30. 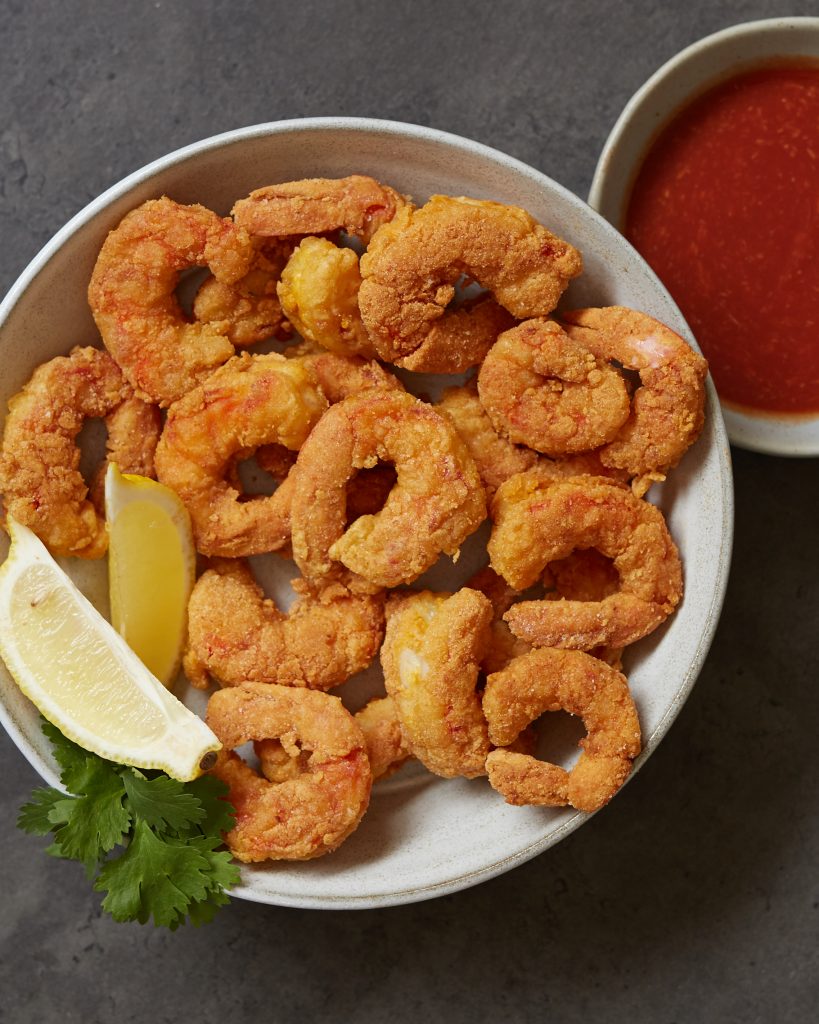 When it comes to Popcorn Shrimp, Size Matters

Although the “popcorn” in the recipe title implies bite-sized morsels of crispy shrimp, I prefer to use an extra-large or jumbo shrimp (26/30 or 16/20) for this recipe.

Cassava flour takes a bit longer to get brown and crispy than traditional flour so using a larger shrimp will allow you to develop a nice colour on the outside without overcooking the inside. If you use a small or extra small shrimp, you will likely overcook the inside, making it tough and rubbery, before the exterior has had a chance to properly cook. 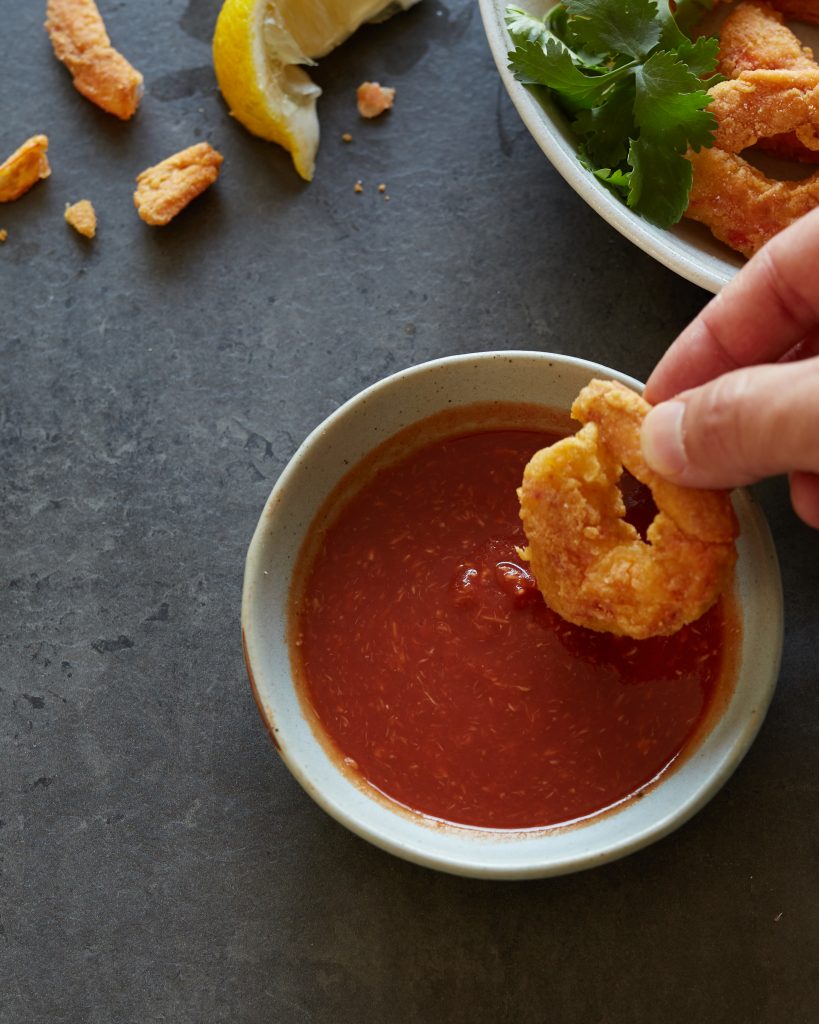 Be sure to only dredge the shrimp immediately before frying. Alternative flours like arrowroot starch and cassava flour tend to get gummy after they come into contact with moisture. Working in batches will help prevent the breading from turning soggy.

Use a 10-inch non-stick skillet. Sure, cast-iron retains and distributes heat better than non-stick, but it also absorbs some of the oil, resulting in some waste. As for the size of the pan, using a smaller skillet will force the oil to rise up along the sides of whatever you’re cooking, which means you can get away with using less oil altogether.

Work in batches. Overcrowding the pan with shrimp will cause the temperature of the oil to drop, which will result in a soggy and greasy finished product. 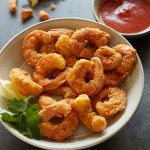 Crispy, grain-free, gluten-free Popcorn Shrimp lightly fried to perfection and served with a Whole30 compliant cocktail sauce! It's what dreams are made of! 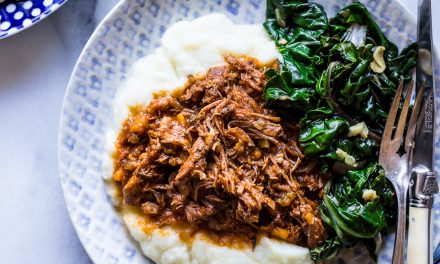 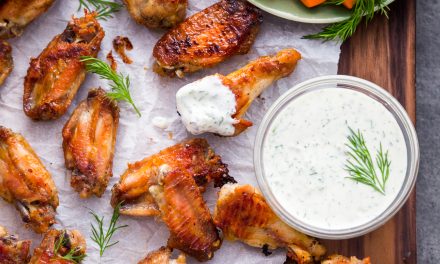 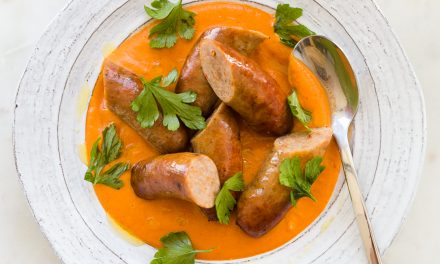