This Whole30 Slow Cooker Brisket and Onions is as easy as 1-2-3. No, seriously! It’s really just a matter of following three easy steps.

The reward for all of your hard work? A giant platter of melt-in-your-mouth brisket covered in a savoury, umami-packed gravy with onions and garlic. Sounds like a pretty decent trade off, no? 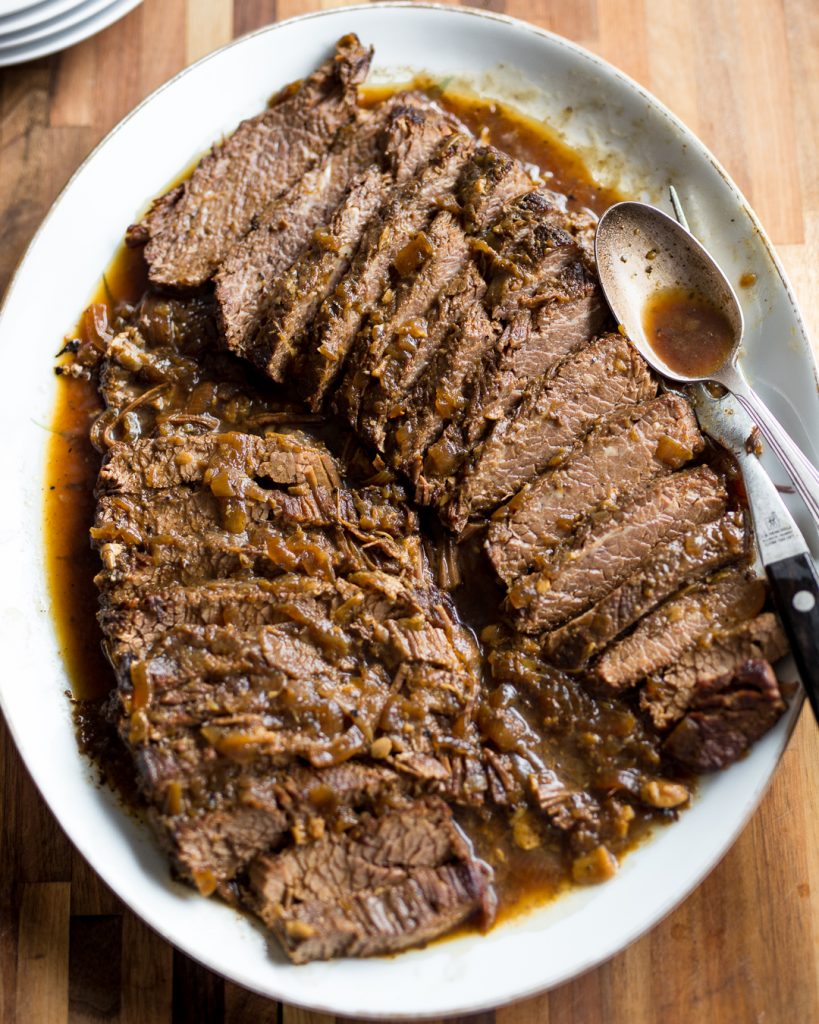 Let me try to anticipate some questions you might have…

1. Can I make this Slow Cooker Brisket in my Instant Pot. If so, for how long?

Yes, you can definitely use your Instant Pot to make Slow Cooker Brisket. After all, every Instant Pot is equipped with a Slow Cook function. In this case, cook according to the same recipe listed below but do everything directly in the Instant Pot (just use the Sauté function for the first two steps.)

You can also cook brisket under high pressure, if so desired. The time really depends on the size of your brisket and how thick it is. Remember, a 4lbs brisket cut into 3 equal pieces around 1.5″ thick will cook quicker than a single, thick-cut 4lbs slab of meat because of the increased surface area.

I’d probably do an initial cooking time of 1.5 hours under high pressure and then see how the brisket is holding up. If it’s still too tough, I’d cook it an additional 15-20min at a time until I reach the desired consistency. For me, that’s falling apart and shreddable.

For the gravy, keep in mind that you’ll likely have to reduce the sauce after cooking if it’s still a bit on the watery side. Simply transfer brisket aside, switch to Sauté function and simmer the sauce until it reduces a bit and concentrates in flavour. 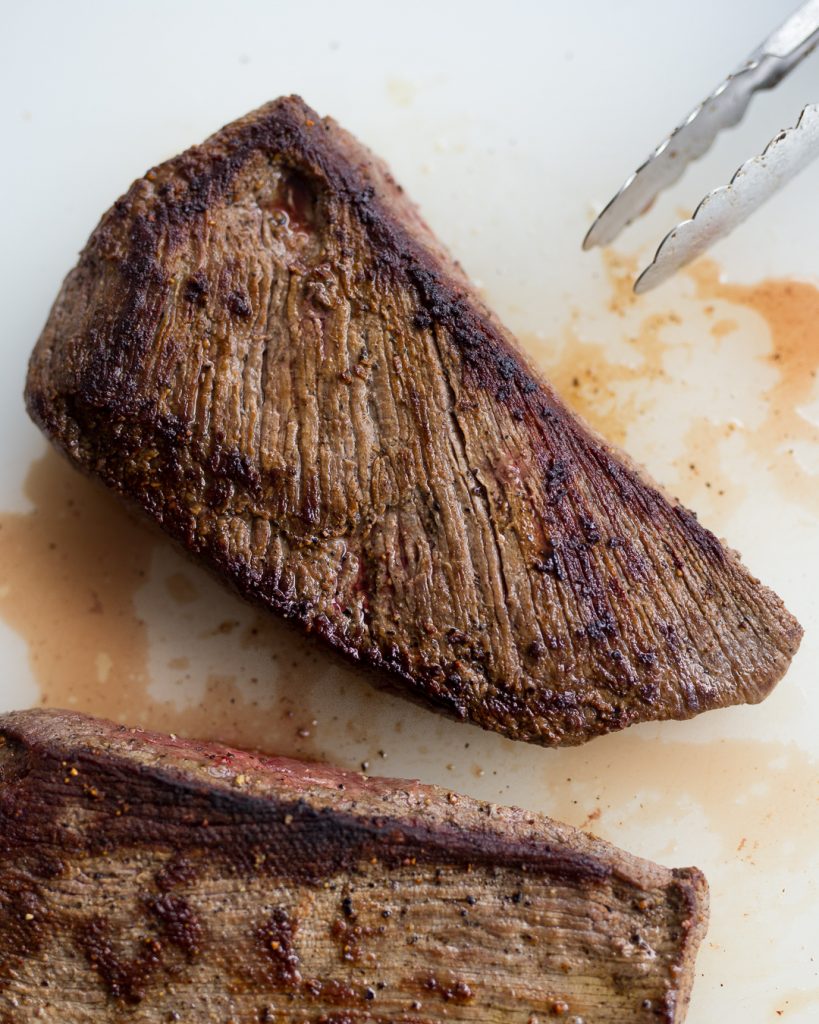 2. Can I make this Slow Cooker Brisket in my oven. If so, for how long?

Yup, you guessed it! You can also make this Slow Cooker Brisket the old-fashioned way. Simply follow all of the steps outlined in the recipe below and use a Dutch oven with a tight-fitting lid.

As with the Instant Pot timing, it depends on the cut of the brisket you purchase. My guess is you’re looking at a minimum of 4 hours in a low-temperature oven.

For temperature, 300F will serve you well. The idea is to cook it low-and-slow so that the intramuscular fibres of the meat have a chance to break down.

Time is your friend here. Be patient and you will be rewarded! 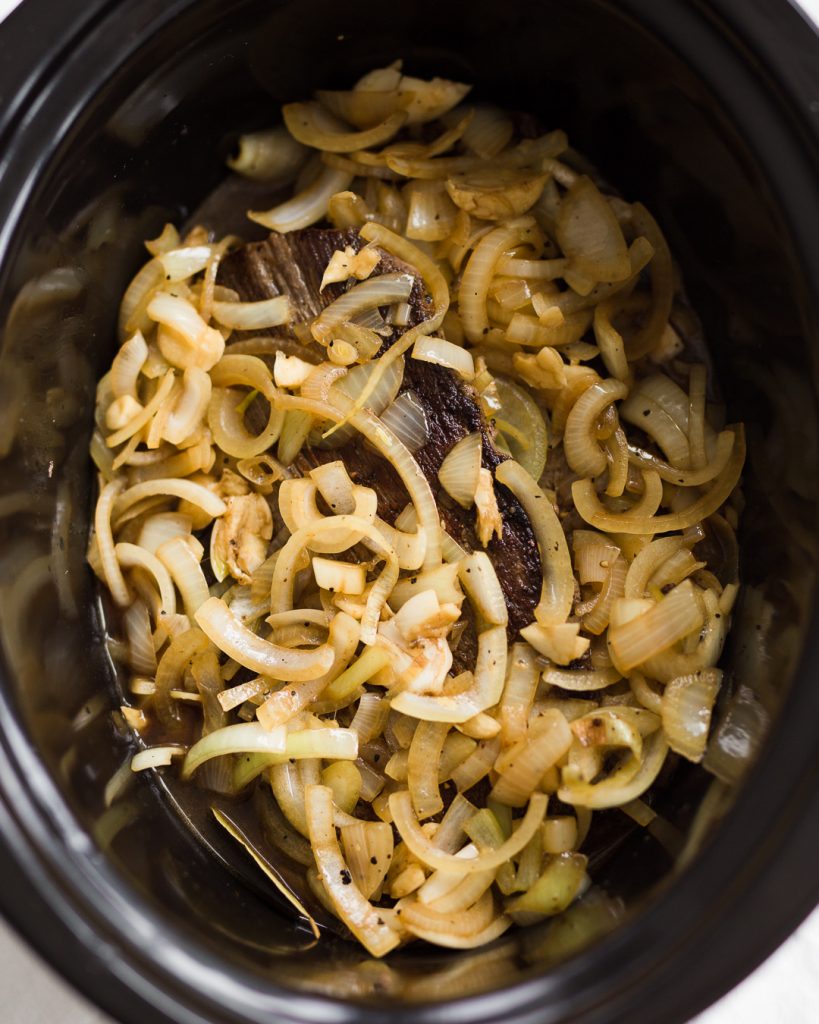 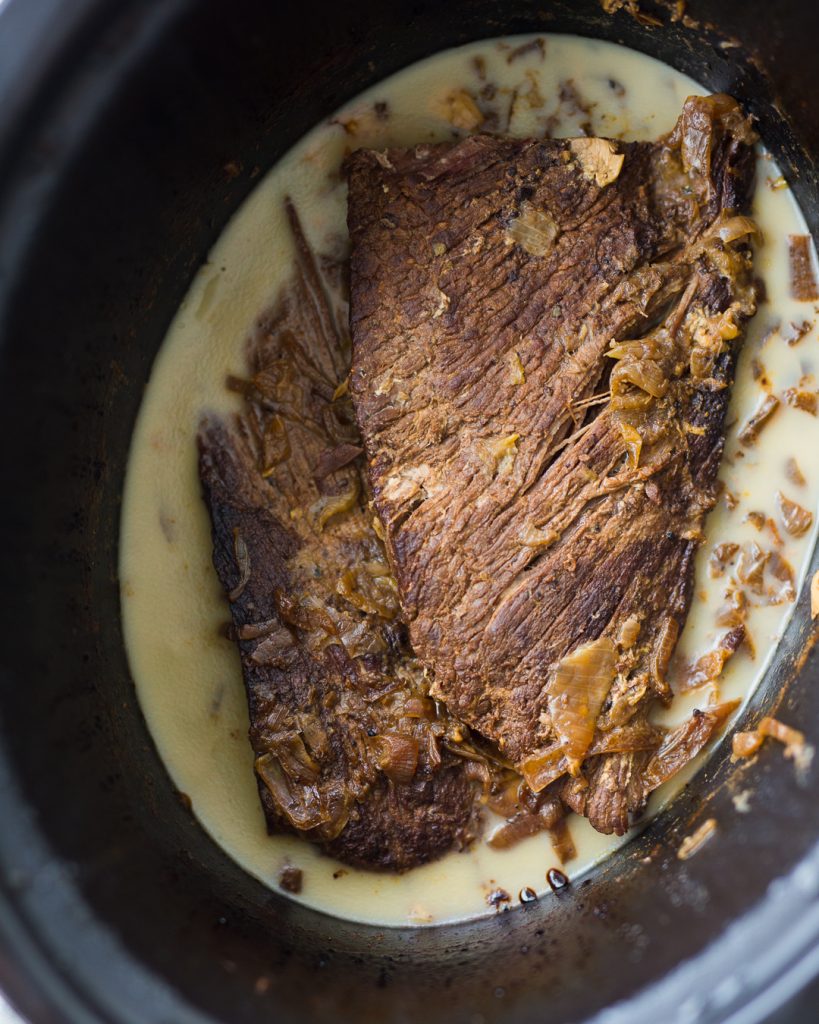 3. Do I have to brown the brisket and sauté the onions?

I don’t like telling people what to do but the answer here is yes. For maximum flavour, brown both sides of the brisket in a hot pan before adding it to the slow cooker or whatever cooking vessel you’ll be using.

While you’re at it, you might as well deglaze the pan with some onions, garlic and beef stock. After all, you’ve already dirtied the pan and there’s so much flavour you’ll otherwise be missing out on. 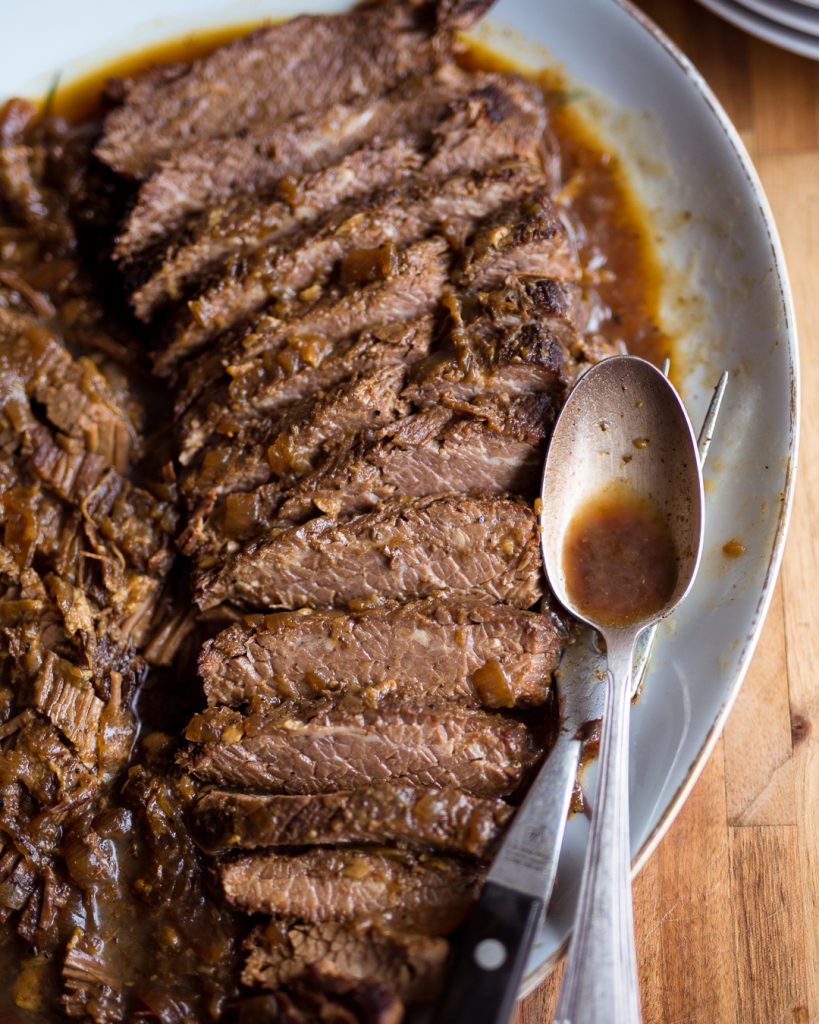 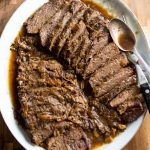 This Whole30 Slow Cooker Brisket and Onions is as easy as 1-2-3. No, seriously! It's really just a matter of following three easy steps. 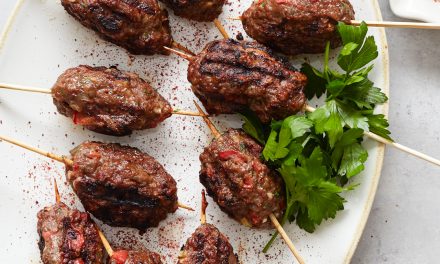 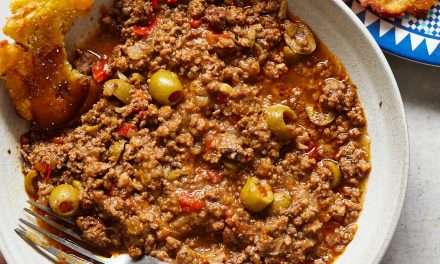 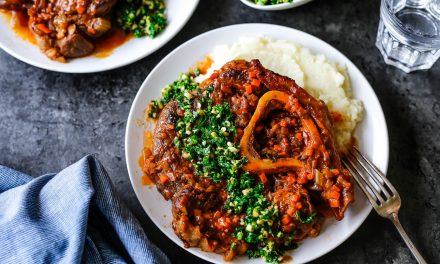 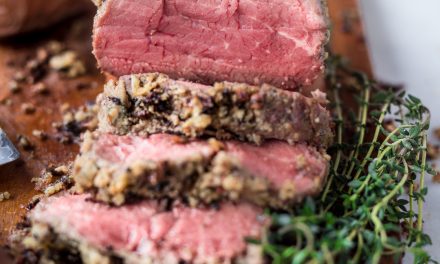