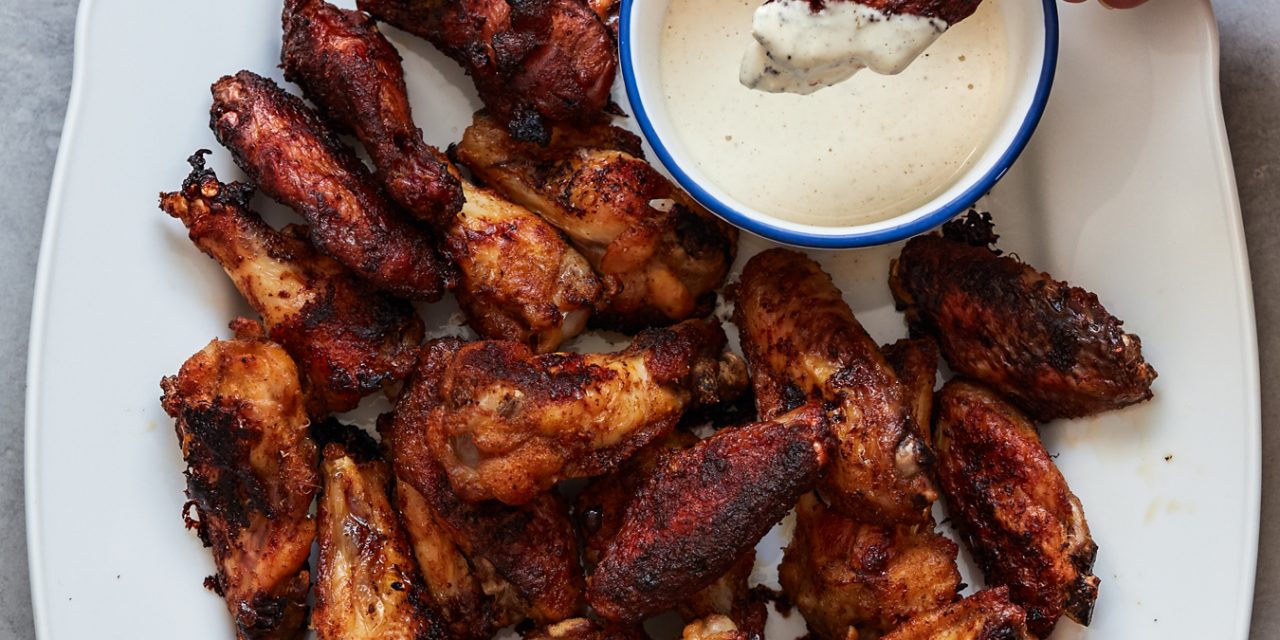 I cooked up 4 pounds of smoked chicken wings last night on my Traeger but didn’t get a chance to snap a photo before the sun went down at 5pm. So, today, I did what any reasonable human being would do and cooked another 4 pounds. I also made another batch of Alabama White BBQ sauce for dipping, because consistency is key. 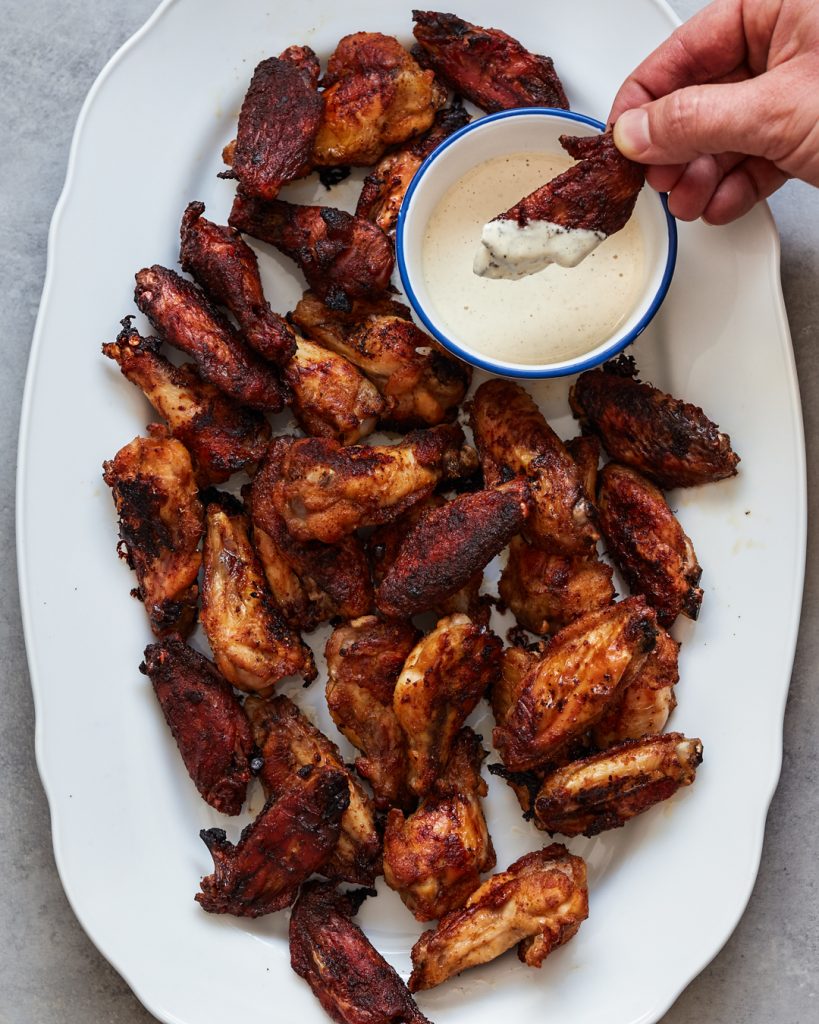 If you’ve never tried smoked chicken wings, you’re seriously missing out. They’ve got to be my absolute favourite way to cook wings. They also happen to be one of the easiest. You get amazing, wood-fired flavour from the Traeger, and thanks to an easy homemade spice rub, the wings are sweet, spicy and incredibly delicious.

The wings themselves are Paleo friendly. I use coconut sugar in the spice rub instead of the more traditional brown sugar found in most store-bought varieties. You get a similar sweet and sticky finish on the wings without the spike in your blood sugar.

While the smoked chicken wings cooked, I threw together a super easy and delicious Alabama White BBQ Sauce. The sauce is actually Whole30 compliant and goes great with roasted chicken as well. It’s creamy and has a lot of twang from the apple cider vinegar and prepared horseradish, which are the perfect balance for the sweet coconut sugar in the spice rub. This stuff is addictive so I recommend making a double batch.

Rubbing the wings in a bit of hot sauce not only imparts a bit of flavour, but it also works as a binder that will help the spice rub to stick to the wings. Mustard is another common binder amongst the barbecue community.

You can probably get away without using a binder on the wings, but keep in mind that smoke is water soluble so the moisture in the hot sauce will also help absorb some of the smokey flavour from the grill.

I like to start off by cooking my wings at 165F for 30 minutes. This gives the wings a good amount of smoke flavour without cooking them through. I’ve also tried this step at 225F, but find that you don’t get quite the same amount of smoke flavour at the higher heat. Then, to finish cooking the smoked chicken wings and get the skin nice and crispy, I crank the heat up to 425F for another 30 to 35 minutes or until they’re around 175F internally. 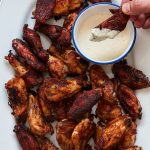 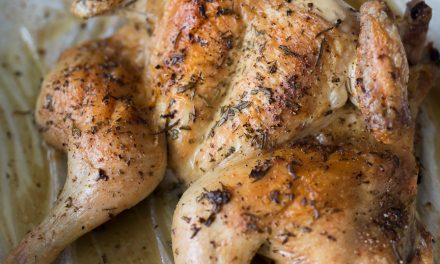 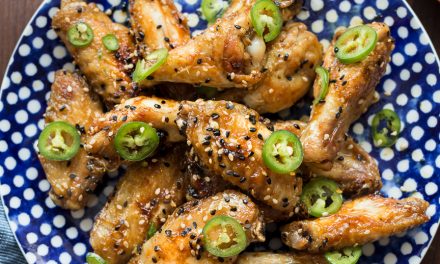 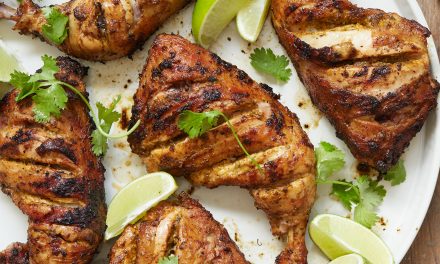