Easy, healthy and delicious, this Whole30 Grilled Cilantro Lime Chicken is going to be a hit at your next cookout! It’s tangy, a bit spicy and thanks to a little hack, requires only one hour of marinating time!

The cilantro lime marinade packs a flavourful punch and can be used on beef, pork and certain types of seafood, like shrimp or red snapper. It consists of fresh cilantro, apple cider vinegar, some extra-virgin olive oil, fresh garlic, a couple of dry seasonings and fresh lime juice. Everything quickly comes together in a food processor or, if you’re like me and want to minimize cleanup, in a mason jar using an immersion blender. 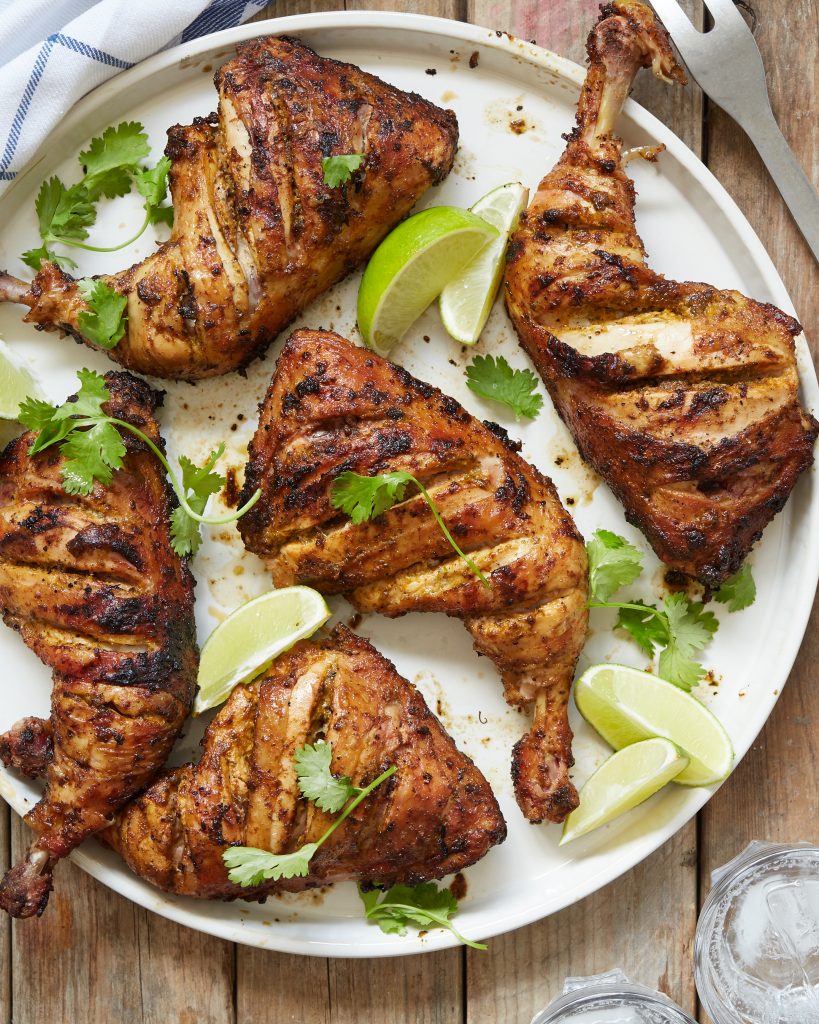 Here, I use the cilantro lime marinade to add a tremendous amount of flavour to whole chicken legs. The result is nothing short of delicious! And thanks to a simple and effective cooking hack, I significantly cut down on the marinating and cooking time!

It’s as easy as scoring the chicken legs with a sharp knife. This simple trick will not only allow the cilantro lime marinade to penetrate the meat down to the bone in a shorter period of time, but it will also speed up the cooking time by increasing the surface area of the chicken and exposing the centre of the meat. The same trick will work on separated drumsticks and thighs, if that’s what you have on hand. 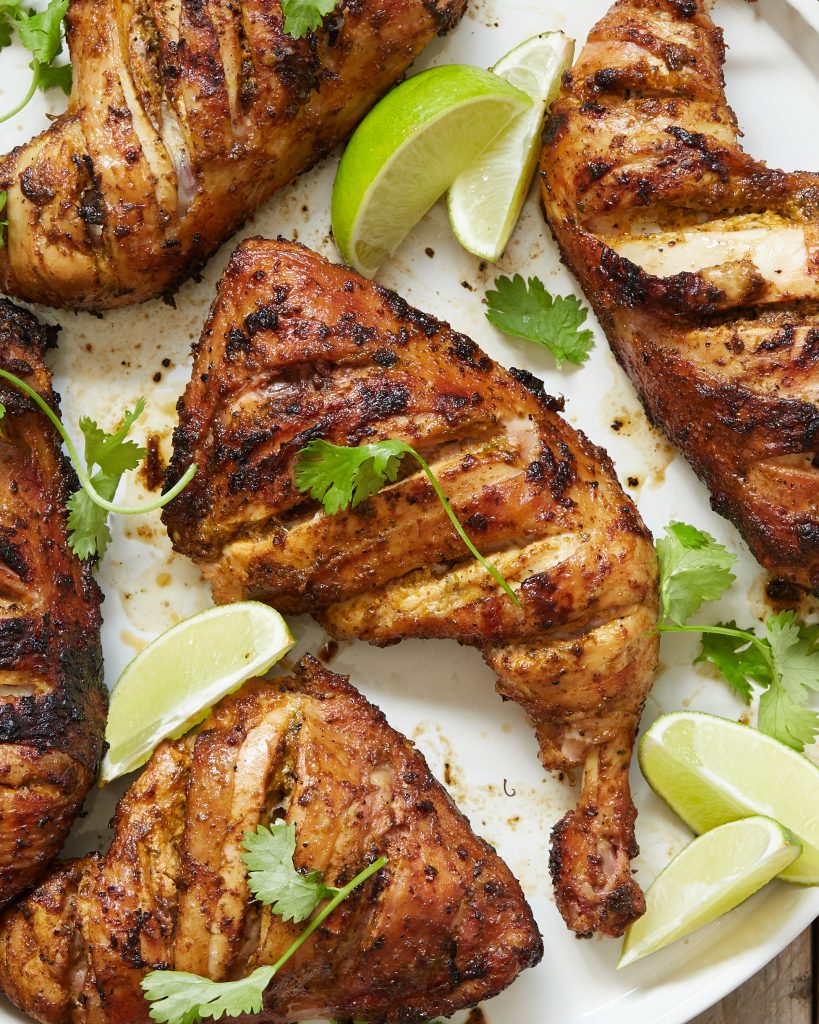 This chicken is best cooked on the grill. Personally, I cook on a Traeger Grill, which uses 100% all-natural wood pellets. If you have charcoal or gas, that will work as well. The major difference, aside from flavour, is that Traegers work using indirect, convection heat, which makes it much easier to control temperature and prevent flare ups caused through direct-heat cooking.

If you don’t have a grill, you can just as easily roast the cilantro lime chicken in your oven. Cook it uncovered in an oven preheated to 400F for around 45minutes or until the thickest part registers 165F on an instant-read digital thermometer. To finish, you can quickly broil the chicken for a minute or two so that the skin crisps up a bit.

Serve the cilantro lime chicken with your favourite summer time sides. Grilled vegetables are a perfect paring. So are mashed sweet potatoes, tostones, or this zesty coleslaw. 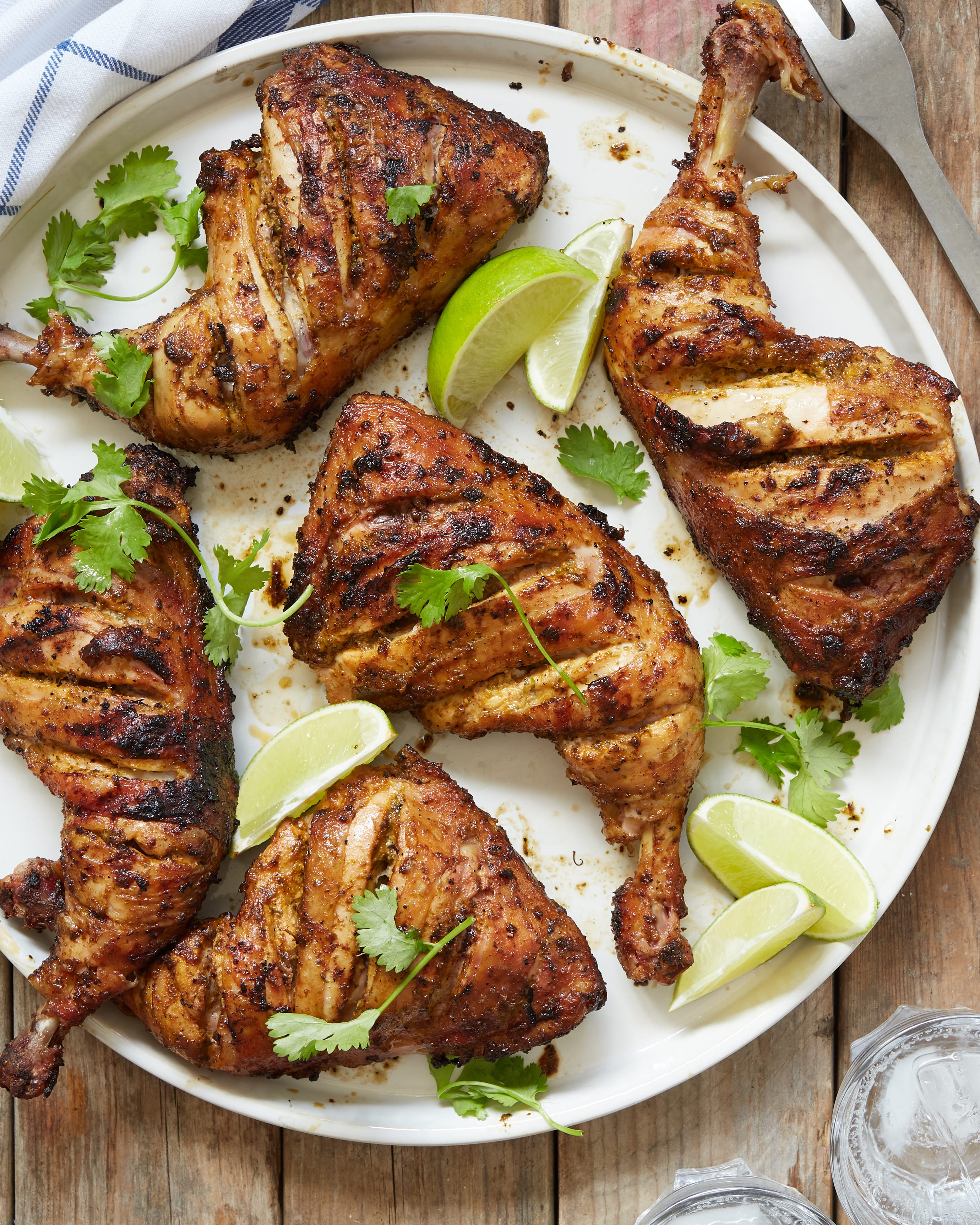 So glad you enjoyed, Monica!

On a gas grill, should I close the grill during the 30 min cook time or leave it open?

Yes, if cooking over indirect heat on a gas grill, keep the lid closed to create an “oven”. You can then leave the lid open as you finish cooking the chicken over direct heat.