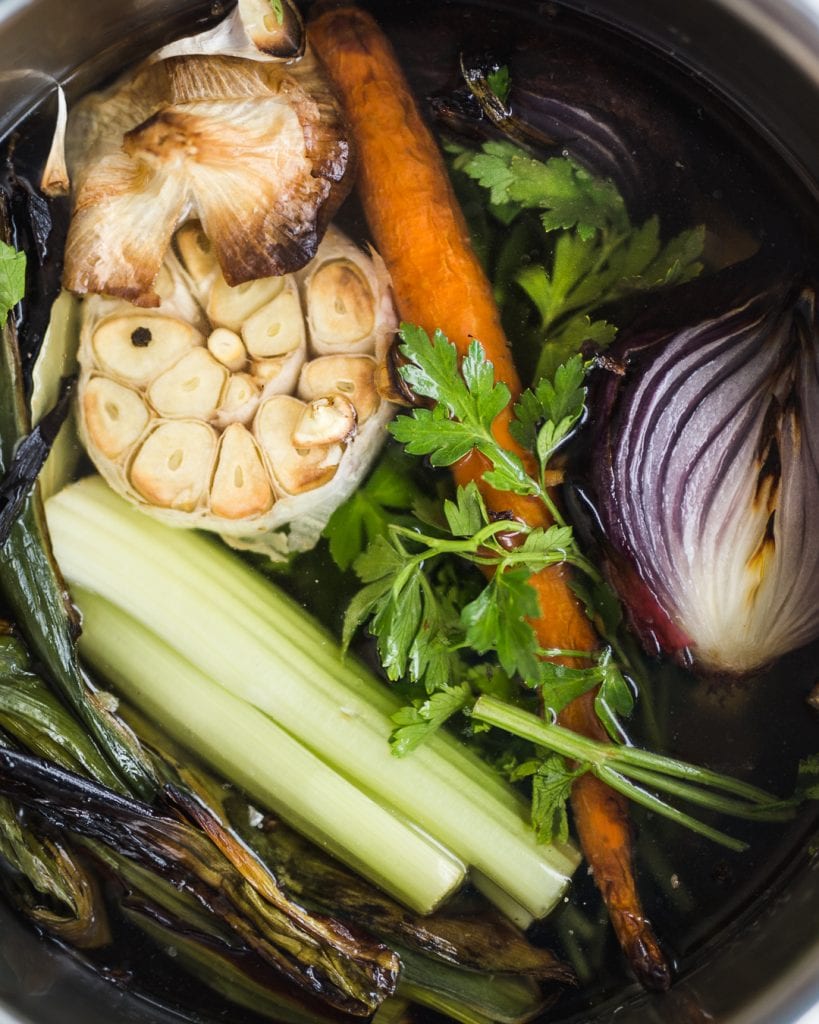 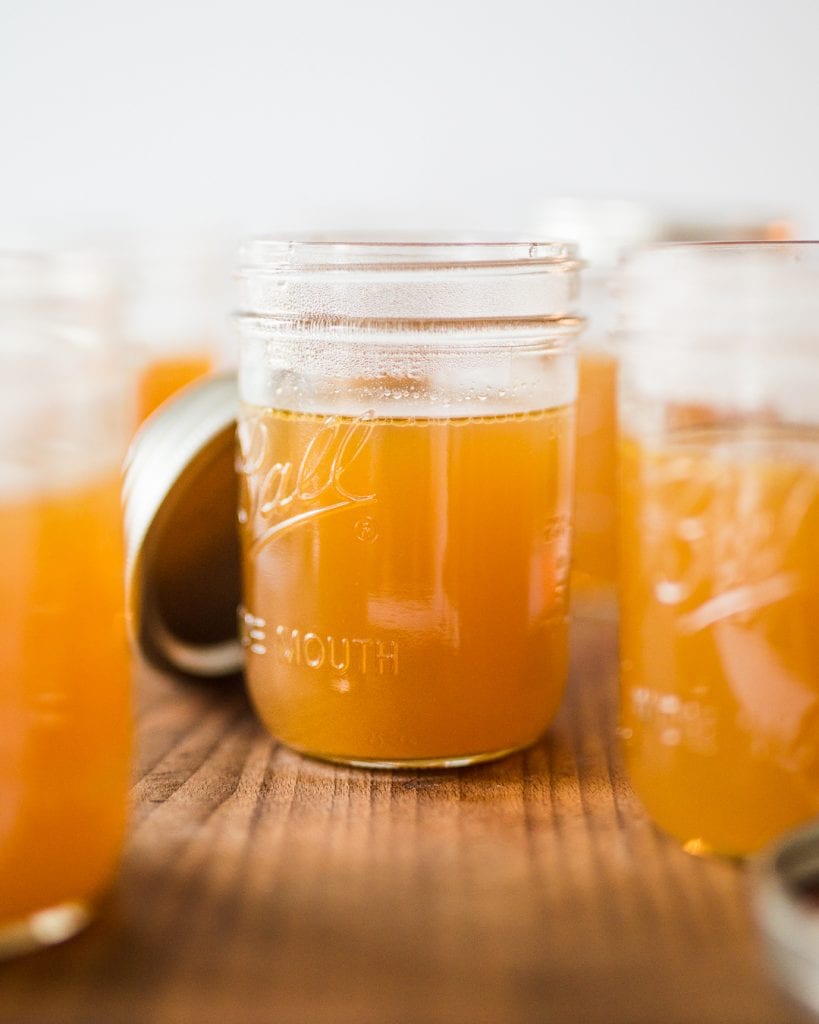 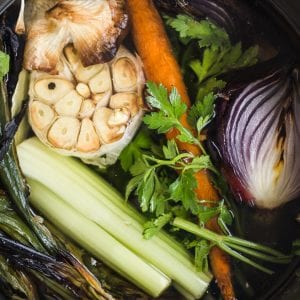 I thought the addition of vinegar is supposed to aid with the calcium extraction from the bones leaving the bones brittle at the end of the cooking process (no calcium). Have you heard anything related to that?
I also don’t enjoy the flavor of the vinegar in the broth but have been adding it nonetheless hoping to end up with more calcium for myself.

I haven’t but, as mentioned, I think I have some more research to do!

How long would you say it will stay good in the fridge if you don’t freeze it?

Yes, from my experience, the vinegar does not make a difference in how much gelatinous the broth is. Also, I heard Paleo Mom explain, that for the vinegar to extract more minerals from the bones, you would have to use an amount of vinegar, which would make the broth largely inedible. I would say, a little bit of an acidic component (like often tomatoes in Italy) is rather used to balance the taste.
I recently had a chance to get organic turkey necks and these produced very nice, gelatinous broth. The best beef broth, in my opinion, is from combination of bone and oxtail. Personaly, I do not like to use bones with a lot of marrow, because of all the fat that needs to be filtered away.

[…] also found that a good-quality, homemade beef broth makes a world of difference. You can make this with chicken broth as well, if desired, but the […]

What kind of bones should I get and from where? Will they let me buy just the bones? Thanks in advance!!

You can use oxtail, marrow bones, or even shank bones. Your best bet is to find a local butcher that stocks grass-fed beef. They will most likely happily sell you bones. If not, many Whole Foods meat freezers have packs of bones. Also an option, try finding an online butcher that delivers. Beef bones are often an option.

Can you blanch the beef bones from frozen or do they need to thaw first?

When do you add the parsnip? Was that supposed to be roasted?

Sorry about that, I’ve edited the recipe. The parsnip is to be roasted along with the other vegetables.

If using frozen aromatics/veggies, how do I roast them? Do they need to thaw first or should I even bother roasting them?

You can roast from frozen!

Whew, too much bay for my taste

Feel free to use less if preferred.

The addition of Apple Cider Vinegar is to pull the minerals out of the bones and into the broth, not the collagen.

Thank you for clarifying! I thought it was for the collagen but you learn something new every day.