In this Paleo Orange Chicken, crispy fried pieces of dark meat get tossed in a sweet and sticky orange sauce. It’s super easy to make, absolutely addictive, and only requires a handful of ingredients. 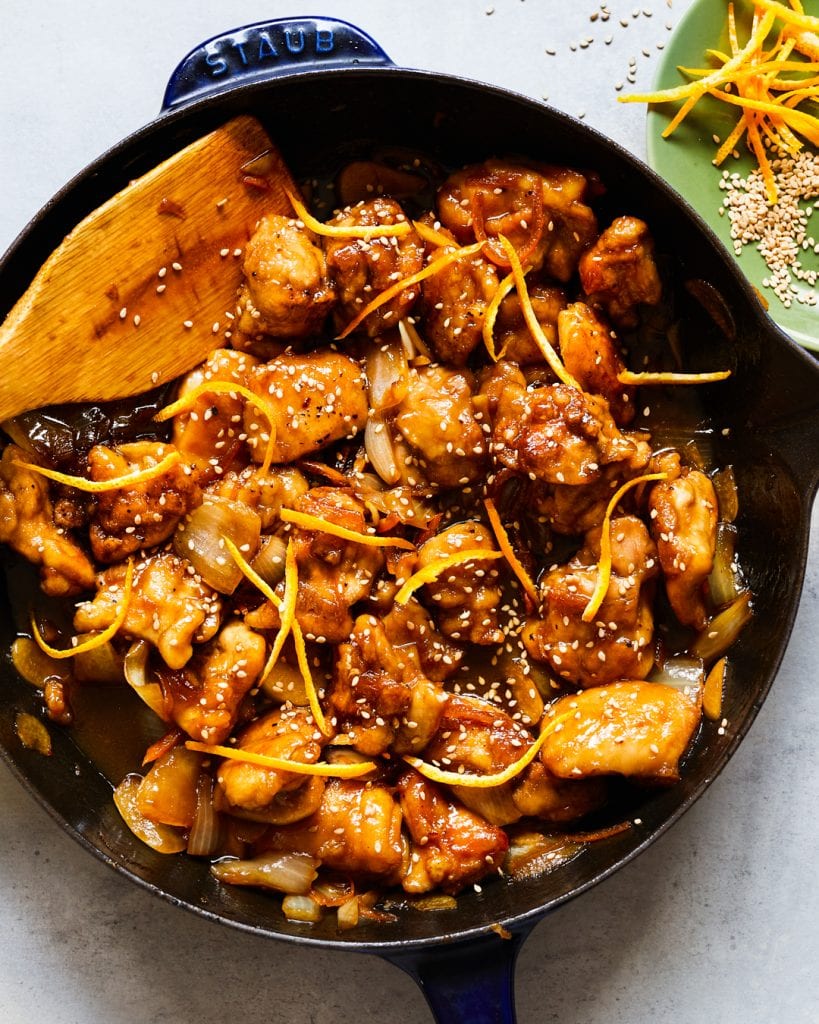 What You Need for Paleo Orange Chicken

This naturally grain-free alternative flour is a great replacement for the cornstarch that is more commonly used in many Asian-inspired recipes. Here, the arrowroot starch plays double duty. It’s first used to dredge the chicken, helping it develop a crispy crust. Once the fried chicken pieces are added to the sauce, the arrowroot starch will actually help to thicken it. 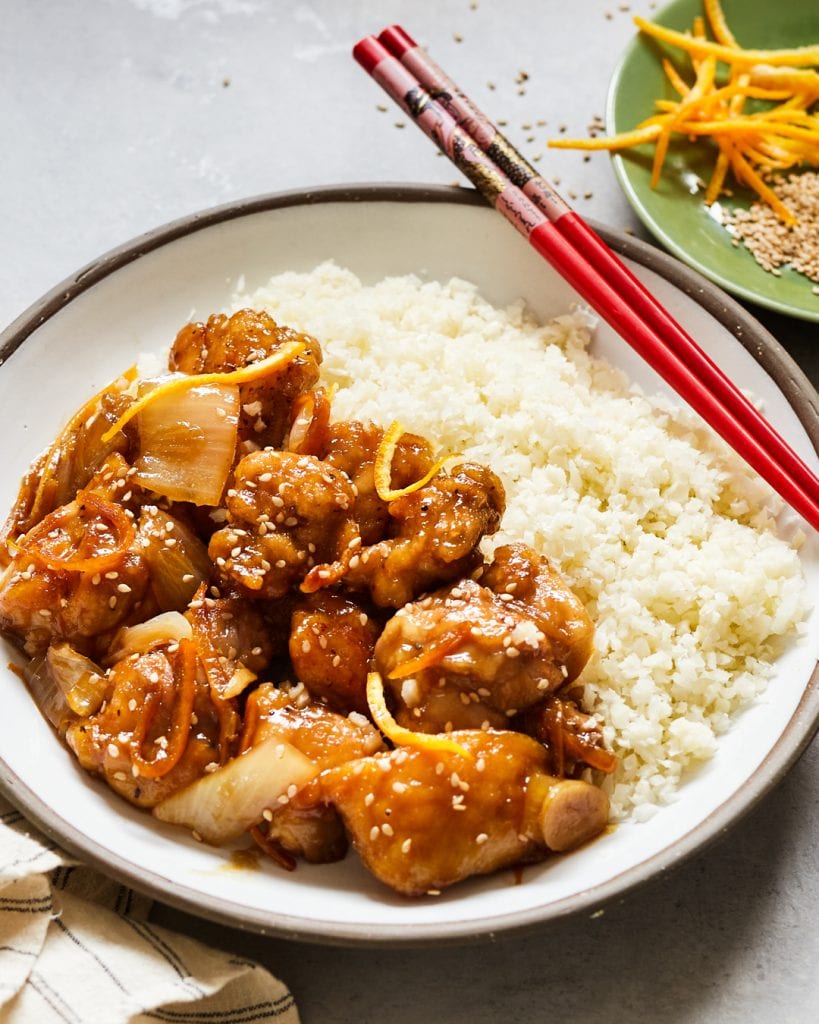 The orange juice adds a bit of flavour to the sauce, but it’s the zest that really brings this dish full circle and gives it a pop of orange flavour. Rather than zesting the orange with a microplane (or rasp grater), I like to peel the orange with a vegetable peeler and than thinly slice the skin into ribbons. I think it looks pretty. 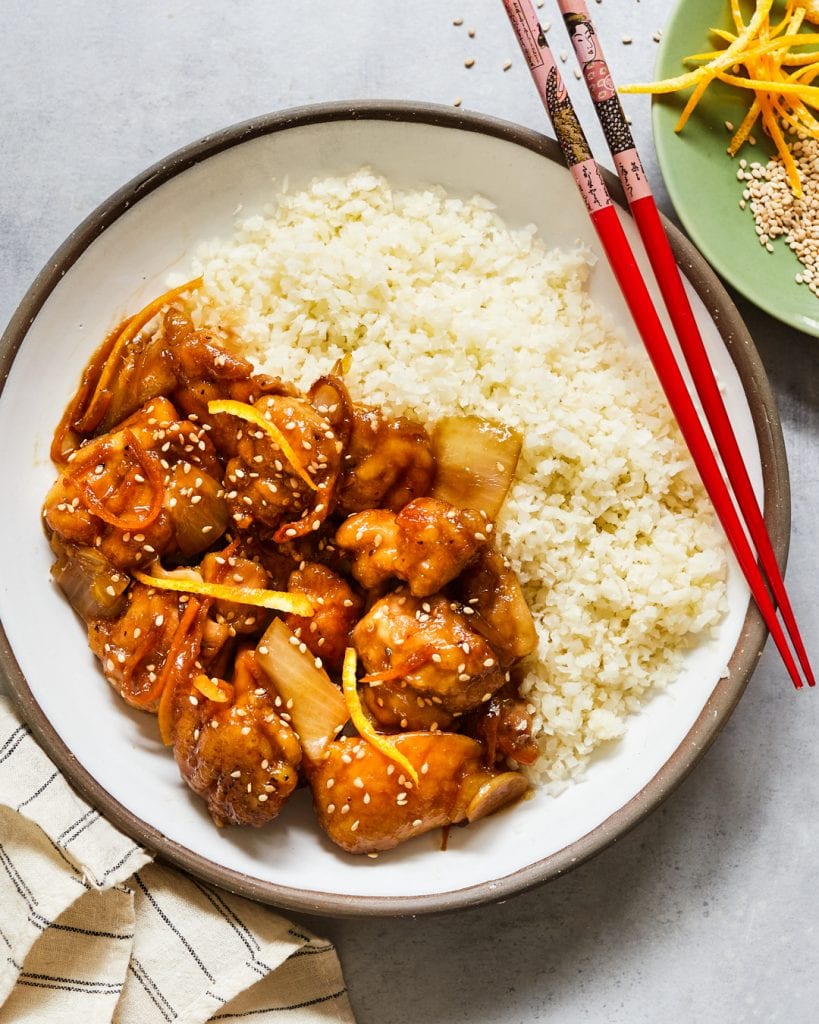 I find that the honey helps to not only sweeten the dish, giving it that take-out food flavour I love so much, but it also reduces down to a syrupy consistency that helps the sauce to stick to the chicken. For a Whole30 version of this Paleo Orange Chicken, omit the honey and increase the coconut aminos by 1/2 . Then take the extra bit of time to reduce the sauce so it thickens naturally.

Because a little garnish goes a long way. 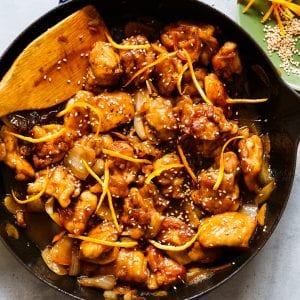 Loved this! Served it with cauliflower rice. Very satisfying.